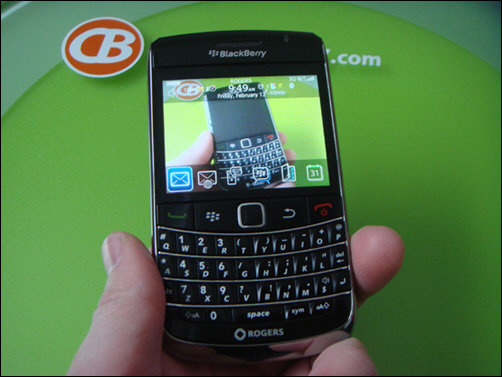 Our third annual Smartphone Round Robin has finally come to an end, which means there only two things left to do - announce the winners of some sweet new smartphones (find the winners at the bottom of this post) and say farewell until next year with some final thoughts...

Back on the Crack and Loving It!

If you missed any of this year's Round Robin posts, be sure to jump over to our Latest Updates page when you have some free time and read through the articles and all of the comments. Though this year's event was a little big with sooo many platforms and devices (which made it a bit tricky to follow at some points) the content really was top notch betwee all of the sites and editors. Every platform was really put under the microscope.

For me, I put this year's Round Robin into perspective before it even began with my thoughtpiece / editorial called CrackBerry Kevin's Hierarchy of Smartphone Needs. If you don't have time to read the article and details, the image below visually sums it up:

To me, this Hierarchy of Smartphone Needs really became more than just a framework to guide my thinking - it became the absolute truth. As I went through the Round Robin and tried devices like the Droid, the HD2, the Pre and the Pixi or the iPhone 3GS, it was immediately obvious to me why I liked and disliked certain devices. More importantly maybe, it explained why there were devices that I should have liked based on certain features and capabilities that I still wouldn't be able to comfortably use as my daily device. Some might argue that it's oversimplying, but for me it's not. The battery needs to last the day (or more). The device needs to be comfortable to hold and use. It has to be efficient at executing tasks on the go. Those are things I cannot compromise.

Leaving this year's Round Robin, it's more clear to me than ever where RIM is excelling compared to the competition and where they need to play catch-up. They need that new WebKit browser in action yesterday. They need to put focus on consumer-izing the operating system experience - there's too many options and too many menus and it's a little too rigid in looks for the fluid look and customization that consumers are now demanding. And if they want to build a serious, serious touchscreen operating system they're going to need to address that beyond just taking the standard non-touch experience and converting it to touch. There is work to be done. But where the competition may be a step or two ahead in some areas, RIM is still leaps ahead of the competition in other areas. That traditional BlackBerry experience provides the best communication / productivity tool experience - it gets stuff done fast, the battery lasts, and it's designed to be used 100+ times a day for a minute a pop. The demand for that type of experience will never leave the mobile device world, which buys RIM time to further climb up that pyramid and get things like their web browser in check.

RIM is still selling devices like hotcakes, their brand recognition is huge, and they're working hard to take things to the next level. I think we'll see some great things out of them over the next year plus and am looking forward to the BlackBerry Smartphone I'll be using in next Round Robin. At the same time, the competition won't be standing still... so it's going to be a battle out there. But all in all, I think RIM's future is looking bright. See ya next year!

Just for posting on the Round Robin forum threads across the Smartphone Experts Network of sites, we gave members the chance to win a new smartphone! Each of the participating sites is giving away a phone to a member who got their lucky post picked from among the thousands posted.... and at CrackBerry.com the lucky winner is going to receive a new BlackBerry of their choosing!  And the winners are....

Congrats to the winners!  Note to the winners on getting their prize: It's Mobile World Congress craziness right now... so you'll have to wait until it's all over at the end of next week. You'll receive an email from Dieter Bohn folllowing up with you to pick your prize and work out the shipping logistics. Thx for the patience and congrats again!