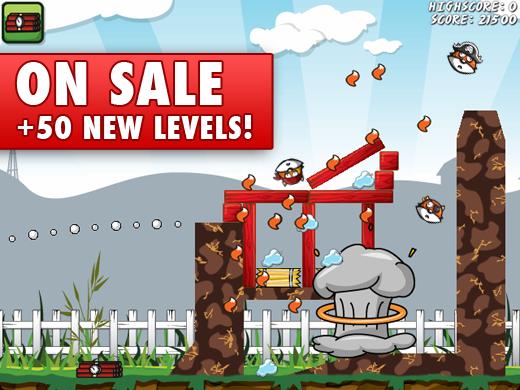 The guys at Smarter Apps let us know that they are celebrating the one-year anniversary of their hit Angry Farm with an update and sale. The update brings 50 new levels to conquer as well as the addition of dynamite for those tough to beat levels.

Angry Farm was released a year ago this month and Smarter Apps isgoing to celebrate with a new version of Angry Farm for the BlackBerry Nation! First off we are putting it ON-SALE for a limited time at $2.99. Secondly, we have added 50 NEW and challenging levels for a total of 250 levels of Angry Farm fun. Finally, for any of those levels that the foxes are making it difficult or tricky to get through, we have now added a bundle of "DYNAMITE" which can be purchased to blow up the barn! You can purchase the dynamite via in-app purchase but it can only be used once per hour. All upgrades are free to existing customers for life and Smarter Apps is working on more levels for the future!

Angry Farm is on sale now for just $2.99, so if you haven't tried it before you should grab it while the gettin' is good. Current users can find the update in BlackBerry App World.