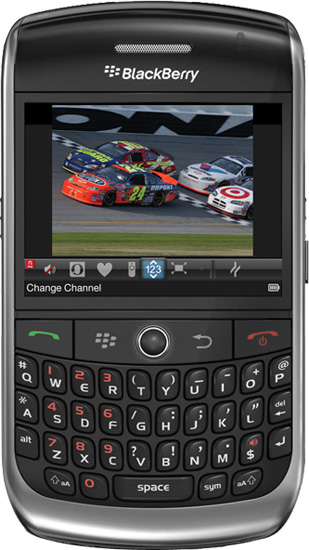 Sling Player for BlackBerry was one of those long awaited applications that seemingly took forever to go live on BlackBerry devices and finally the announcement came that it had been released way back in December. Fast forward to now and Sling Player for BlackBerry has grown up ever so slightly and is no longer considered a beta application with having reached the milestone of 1.0 status. Although to look at the update and the previous version seemingly not much has changed from what I can tell, but I'm sure there's maybe something different (or at least they're satisfied enough now with stability and usage to drop the beta label).

In other news, something for you iPhone fans out there, you'll be happy to know that Sling Player Mobile for iPhone has been submitted to the Apple App Store, so soon enough iPhone and iPod Touch users will get some love as well.

Sling Media is still offering a free 30 day trial of the application for BlackBerry devices. Just head on over to http://mobile.slingmedia.com via your BlackBerry and download the installer. After the 30 day trial is up, you'll be looking to pay $29.99 to retain the services.