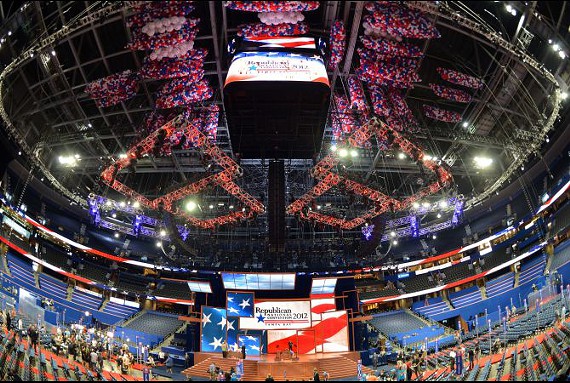 Slacker is bringing the 2012 Republican and Democratic National Conventions right to your BlackBerry on their ABC News station. Coverage of both conventions will include speeches, analysis, interviews and much more and runs until September 6th. If you don't have Slacker already, you can check it out free both on your phone and PlayBook. Keep reading for the full press release.

Slacker Delivers Speeches, Interviews and Analysis from the Convention Floor

The Republican National Convention begins today in Tampa, Fla., while the Democratic National Convention will be held in Charlotte, N.C. on Sept. 4-6, 2012. Convention coverage available on the Slacker Radio ABC News station includes speeches, analysis and behind-the-scenes interviews. All Slacker listeners can enjoy the ABC News station everywhere the service is available, including all major smartphones, the iPad, on the web at www.Slacker.com and more.

"By partnering with ABC News we are able to give our listeners firsthand access to these conventions and other events that shape our nation," said Craig Rechenmacher, Chief Marketing Officer at Slacker. "Covering the conventions is part of what separates Slacker from the crowd. With unrivaled music discovery, exclusive content, customizable sports, lifestyle and news coverage, Slacker Radio offers the best listening experience on the market."

"The ABC News Radio team is on scene in Tampa capturing all angles of the convention, from what happens on the floor to what the public doesn't see in the corridors," said Steve Jones, Vice President and General Manager of ABC News Radio. "Our listeners can choose to hear unfiltered content or our thoughtful analysis, they control the experience."