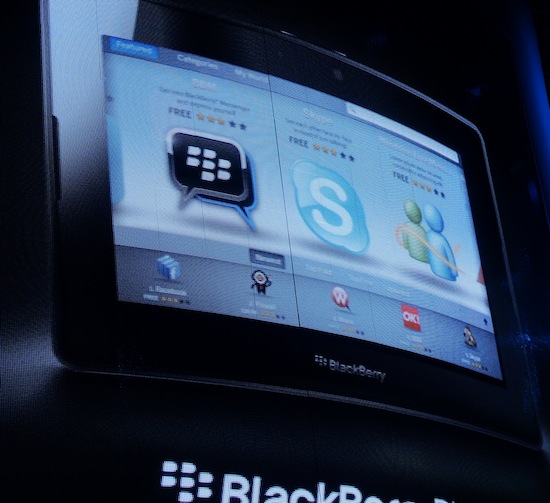 If you're like the thousands of BlackBerry PlayBook owners, you've probably been dying to have Skype. The PlayBook is the perfect platform for Skype -- 7" size is super portable and with both front and back cameras it couldn't be a better fit. The native Video Chat is ok, but it doesn't go beyond other PlayBook owners. While some people think RIM is to blame for not getting these apps, it's really the companies themselves that say yay or nay when it comes to getting apps on a platform. Having Skype on the PlayBook would be pure awesome sauce and a head start to having it ready to roll on BlackBerry 10 phones later this year. We thought we were soooo close at CES 2011 when we saw this screen at RIM's booth, but no such luck.

Forums member zethaaron has started an email petition to let the Skype CEO and Vice President know that we want Skype on the BlackBerry PlayBook. It's been in planning for a week or so, and today (February 1st) is the day to take action! All you need to do is send an email letting them know that we want it and we want it now!! Full details (including a pre-formatted email) can be found in this forum thread. So if you want to see Skype on the PlayBook, do your part and send a quick email. It only takes a minute and could lead to big things. Lets unleash the power of the CrackBerry Nation!!

Full details on the Skype Petition and Email Campaign