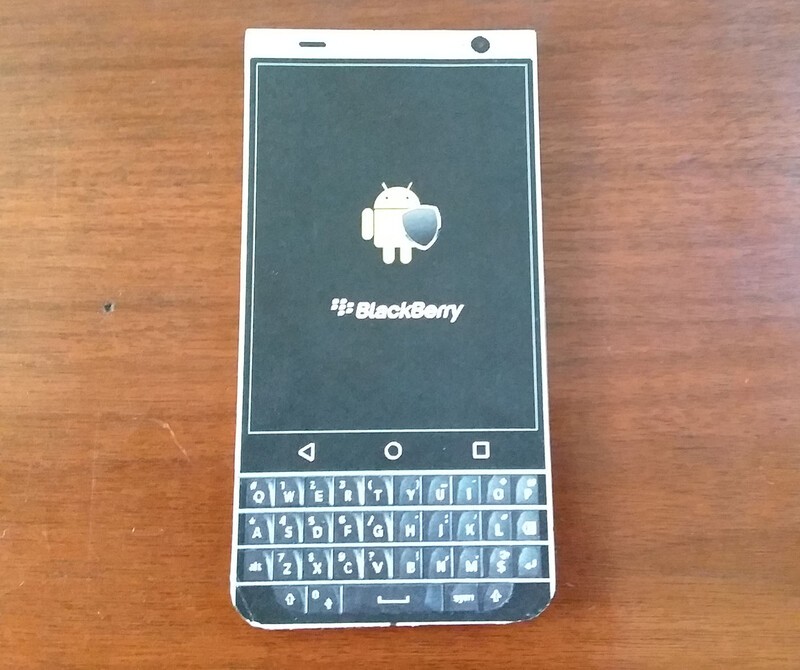 Since coming out of blogging retirement in honor of CrackBerry's 10th Anniversary this month, I've been blown away by both the warm welcome I've received by the community and also the enduring passion for BlackBerry that so many of our members have.

I see the passion in many places -- in the comments on articles we publish, within our CrackBerry forums, on social platforms like Twitter, Instagram and BBM Channels, and... in email. BlackBerry's original smartphone claim to fame was push email, so I've always felt it fitting when fans shoot me an email. Since CrackBerry Kevin has resurfaced, I've been receiving a lot more email.

A couple of emails this week came from Twopack, and I just felt compelled to share some of his enthusiasm with the community. His excitement for "the Merc" is REAL, to the point where based on photos and rumored sizes he went ahead and mocked one up so he could compare it to his BlackBerry Passport.

I've been going nuttz about the Merc. I've had my beloved Passport for quite a while now and I love it. But I'd be lying if I said that I didn't miss the traditional 4 row keyboard. I love how wide the Passport is and even though I know that's a big turn off for people, I love it! I also love the touch sensitive keyboard, and even though I miss having the fourth row, I've gotten used to the 3 row setup and I like it a lot too. While I love the width of the Passport screen I do wish it wasn't a 1:1 ratio, even though I know that is a BlackBerry trademark feature. BUT WAIT. HOLD ON. Here comes Merc and it comes bearing gifts of a 4.5" screen in a tall/widescreen format, a 4 row keyboard WITH touch, and it looks like the sharpest BlackBerry's twin brother, AND it has a fingerprint sensor in the space bar..... #MICDROP

This is literally the perfect piece of hardware to me. I'm very excited for the Merc, I think it has significant potential to be the best BlackBerry phone yet, even amongst the great many BlackBerry has had.

I've made a mockup of the Merc. This mockup was based off rumored size and a lot of guess work on my part. I'm very anxious to see how far off I am. It's not much to look at but I'm actually in the process of making an updated mockup, I'll be sure to give you pics of the new one too.

Twopack - your mockup is a hundred times better than if I attempted it and your passion for THE MERC is contagious. I can't wait for you to get your hands on a real one for yourself!

Enter to Win an IOU for a BlackBerry Mercury