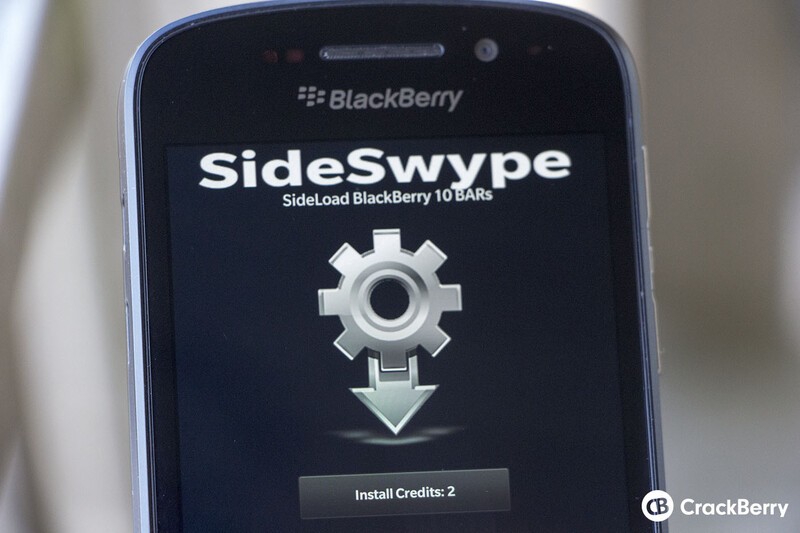 Old school BlackBerry fans will remember the days when you used to be able to download app install files over the air. Before BlackBerry World, it was the only way to install apps on the go unless you wanted to pull out a laptop and use BlackBerry Desktop Manager.

With the arrival of BlackBerry 10 though, that function was stripped from users and now, folks looking to install apps must either sideload or use BlackBerry World. That's not to say it can't be accomplished though and while we've seen one app already offer OTA installs of BAR files, another entrant has now arrived by way of an app called SideSwype.

Having been a part of the beta testing, I have to say I'm quite pleased with the app and overall, for what you get and the convenience of it all it's pretty impressive. Aside from a few beta bugs, everything went fine and I was installing BAR files and converting a few APK's as quite literally as I walked down the street. Of course, that's not to say it's perfect. You still have to have some knowledge of sideloading, as even the app itself does need to be sideloaded to install.

Personally, using this method of installing apps makes using the desktop seem totally useless to me and I'll likely never bother with that again but, I suppose it all comes down to how much sideloading you do. If you find yourself doing a lot of sideloading, then this is certainly an option that's worth investing in but if you only find yourself sideloading a few app here and there, it might not be worth it. If you're looking for more info, I suggest heading over the SideSwype site for all the details and the FAQ section.

Learn more about SideSwype and read their FAQ section