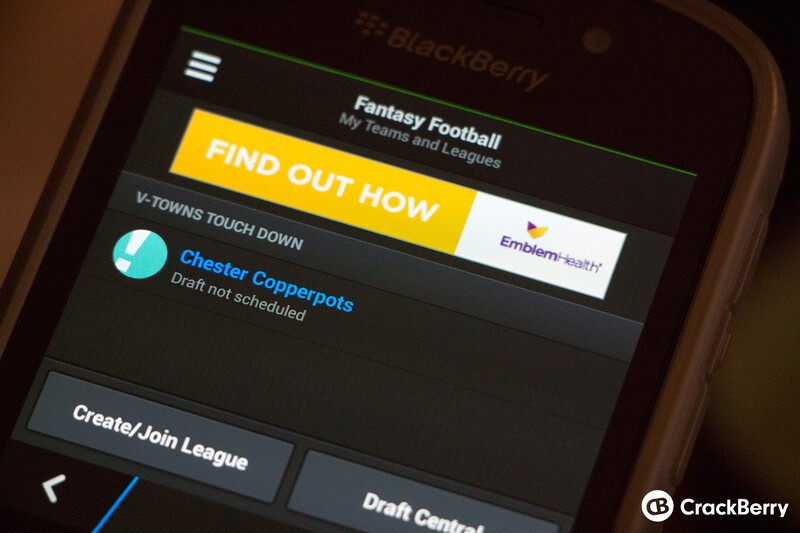 Football season is almost upon us, and that means that geeks jocks everywhere will be gearing up for the biggest fantasy season of them all. That means plenty of time spent worrying about your draft and then 16 weeks of managing your team. The later can be done easily however if you're a Yahoo! user thanks to the Yahoo! Fantasy Sports Football app.

While not available as an official BlackBerry app, the Android version runs like a champ on BB10 so if you're aren't afraid of sideloading it's well worth it.

With the app you'll be able to view your leagues and team, manage players, check out matchups, live scoring and much, much more. It's one app that I'll be happy to have once the season starts as I rarely find myself in front of my computer when I have to make those last minute roster moves.

I've tried it out on both the Z10 and Q10 and it's working great so far - now I just need to season to start so I can put it to good use!

For help on sideloading to your BlackBerry 10 phone or BlackBerry PlayBook check out these tutorials: