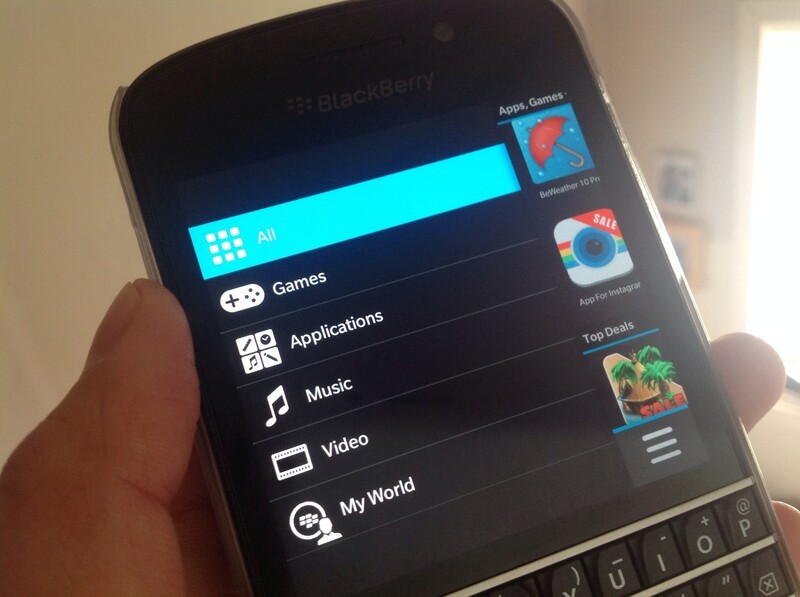 My recent editorial on BlackBerry app developer revenue being down has sparked a lot of great discussion among developers in the community.

Just another idea on how to boost things a bit: I think everyone agrees that your #1 solution is the key point. Selling more phones is essential. Besides BlackBerry having to do that hard job by themselves, I believe it would be great move if BlackBerry would offer all their phones (including the Z3) on their ShopBlackBerry.com online store for world-wide shipping. Then - and this is the key - they set up an affiliate program for that store and invite all app developers & community sites to take advantage of that. Thus, on each sale the affiliate gets a commission. We could all then reach out to our customer & user bases - which I believe are absolutely massive if you look at them combined - and help sell more phones. It would be beneficial to all sides, I believe. Short-term income for BlackBerry and us as well as a bigger customer base in the mid-term.

I am not sure how you see it within the CrackBerry community, but in our user base I can see that many people are reluctant to switch to BlackBerry 10 because they don't get it. Mainly that's due to a lack of education. Once I have a couple of discussions with those folks, telling them what BlackBerry 10 can do and how it is better than BlackBerry 7 phones, they are convinced it's a great device to get. I have personally had great success with that maybe a dozen times, but doing this on a larger scale by using the communities full power of reach, I believe great things can be achieved.

In general, I think this is definitely a good idea, and not just for phone sales, but all also for apps. I know that over the years this is something BlackBerry has given consideration to and even worked on but just hasn't delivered yet. Even thinking back to the day BlackBerry App World was announced on April 1st, 2009 (during the CTIA conference), I had a meeting with one prominent member of the BlackBerry World team who talked about wanting to put an affiliate program in place. They knew the kind of traffic and demand for apps that sites like CrackBerry could drive, and they wanted to put a program in place to make sure that would happen. In the years since, more discussions on the same subject took place - but nothing has ever been rolled out (oddly enough, all of the people I ever spoke to about this no longer work at BlackBerry). Selling phones on ShopBlackBerry is a relatively new development, but given the history I have experienced here I wouldn't be surprised if BlackBerry is considering rolling out an affiliate program on those handset sales. Thinking about is one thing though - they need to get it done.

For a site like CrackBerry, an additional incentive doesn't matter. Affiliate program or not we're going to blog about phones and apps regardless as part of our daily editorial strategy that keeps readers (like you!!) coming back. If affiliate programs exist for us to earn some additional revenue on the phone and app sales we refer, that would be great (it means more CrackBerry giveaways for you!!), but if it doesn't we're still going to sell like hell! Ultimately, we just want there to be a lot of happy BlackBerry users in the world and happy BlackBerry developers too - that's when a site like CrackBerry succeeds.

To me, the real opportunity in BlackBerry rolling out affiliate programs for both phone and app sales is to give the sites and communities who wouldn't normally talk about BlackBerry the incentive to do so. Apple has an affiliate program for iTunes - last I checked they pay out 10% on referrals. And in case you haven't noticed, there is a LOT of coverage about iOS apps out there. When the publishers can get a piece of that pie too, they will write that content.

So while I do like the idea of BlackBerry extending an offer like this to existing developers and BlackBerry communities to promote phone sales, ideally I think this should be offered broadly - we need the whole publishing world having the incentive to be talking BlackBerry and posting about BlackBerry. In hindsight, this should have been in place last year during the rollout of BlackBerry 10 — I think it really could have helped — but even now I think it could make a positive difference.