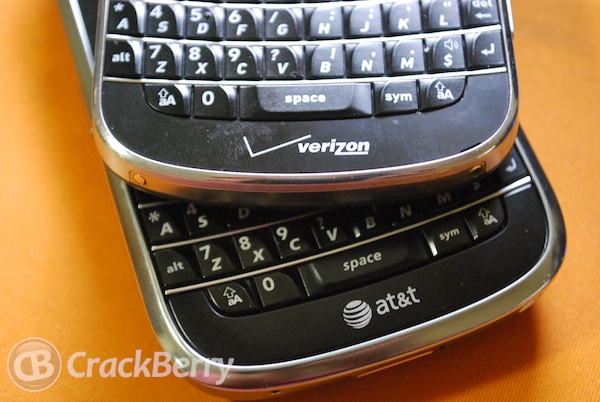 Today AT&T announced that they will have shared data plans available in August and a few weeks back Verizon dropped some shared plans of their own. While it seems like a cool idea at first, they are both a bit tricky to break down. Depending on the amount of data you actually use and the number of devices on your plan, you may be better off without them - neither of these is really a good reason to jump ship if you're already on another carrier. Keep reading and we'll see how they compare.

Both plans start out with a base amount for data and tack on a fee per device (phone or tablet). Each includes unlimited voice and messaging as well.

AT&T works more or less the same way, however your per-device fee is less with a bigger data plan. So using the same two phone + one tablet scenario, AT&T will start you out at $90 as well ($40/phone $10/tablet). The 4GB of data is the same $70, thus making your base total the same $160.

Comparing more devices and/or bigger data plans looks like this:

So you can see that if you have a bunch of devices, you can save a bit more on AT&T through the course of the year, but overall it may not be worth it to you (and how many people actually own ten active phones?) if you're not already with AT&T.

Do the math on both plans, you get basically the same numbers.  If you have more geeks in your family than the national average, you might have a slew of devices and think a shared plan is a good bet for you. Going by these plans you're not really better off with either carrier, so if you're on one already these plans shouldn't force you to change.

Your best bet in deciding if you need a shared data plan is to bust out your calculator and start doing some math. The add-ons and extras for plans vary so much, you'll need to plug away and see if switching to shared data is the way to go. If all else fails, call customer service and they'll be able to tell you what your best options are.