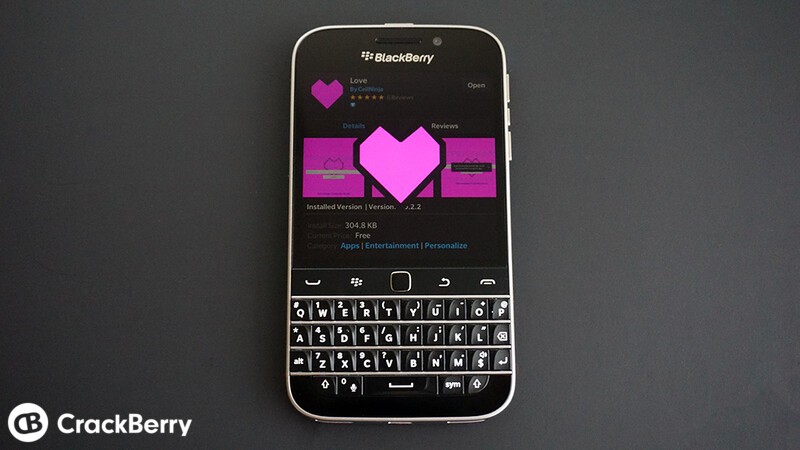 App developer CellNinja is a big supporter of the BlackBerry 10 platform with popular apps like Doo, Hubby and One App being notable mentions. Previously exclusive to Pebble BlackBerry 10 users, the developer has recoded the app to work on BlackBerry 10 devices. You're able to send anonymous messages to other users, and when Valentine's Day arrives you'll get many messages back in return. The developer encourages users to write in their native language. He also makes note that you can change your message only once if you don't like the first one, so keep that in mind.

All the Love messages are stored on the developer's personal database in order to easily remove any mature/inappropriate language. Keep it clean for your fellow BlackBerry 10 fans! Once you've submitted your message, you can close the app and sit back. The app won't do anything else until the holiday on February 14th. On that day, the app will magically start delivering you random Love messages from others users to your Hub. You'll get messages throughout the day in different time intervals.

Love is a nice way to share your affection and goodwill with other users around the world. Be sure to download the app and leave the developer a review with your thoughts and impressions.