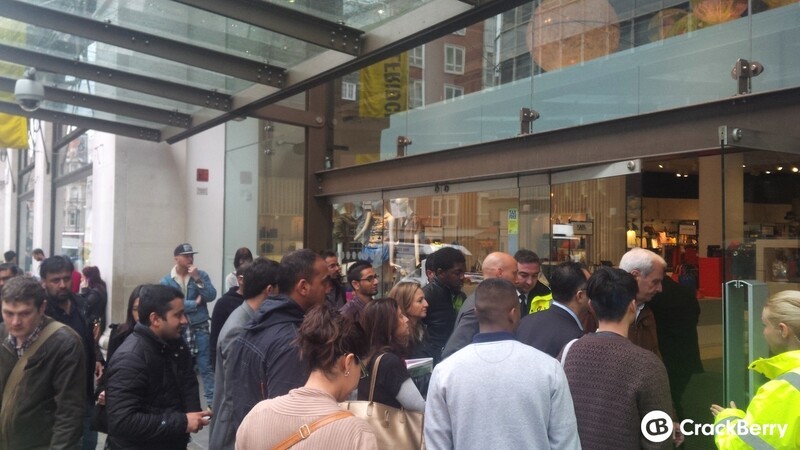 Earlier today we saw the huge crowds that were drawn to Selfridges to pick up a new BlackBerry Q10 and as it turns out they were a bit bigger than we originally thought.

According to Seeking Alpha, Selfridges completely sold out of Q10's today. They had 2,000 units at the start and ran through their entire supply in just 90 minutes -- that's about 22 phones per minute. We do have to factor in that there were multiple people buy more than one device at a time, but it's still a pretty impressive number.

Even after the stock was depleted, there was still a lineup of people hoping to secure a device for tomorrow when stock is (hopefully) replenished. When a manager was asked how sales compared to the BlackBerry Z10, she said it was "leagues beyond anything they had seen."

I'd say that's a damn good start for the Q10. Of course we definitely hope to see more of this next week when the Q10 is released in Canada as well.