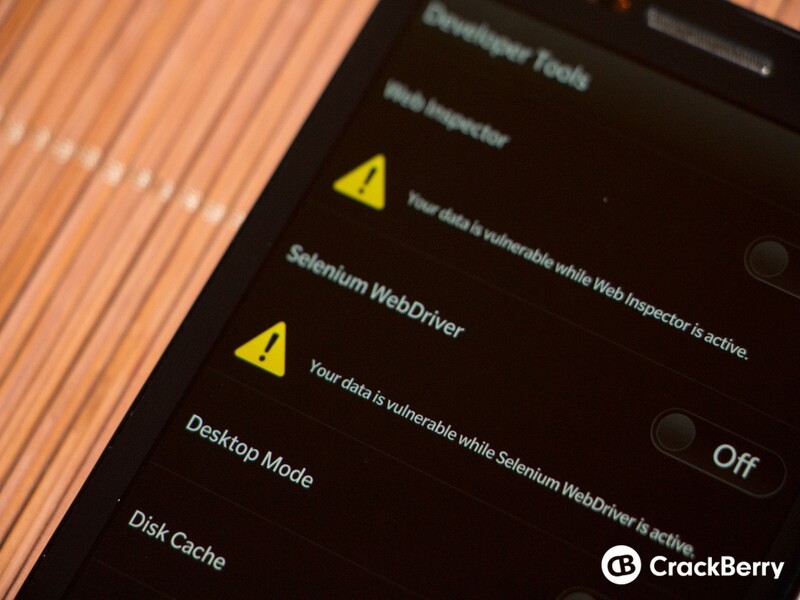 If you've been using BlackBerry 10.2.1 for a while now, you may have noticed a new option under your browser settings. In fact, I know at least some of you have because we've gotten quite a few emails asking what it was. The setting I'm referring to is the 'Selenium WebDriver' option found under the Developer Tools section. So why is it there, and what is it?

Well, as you may have guessed it's a developer option and starting with BlackBerry 10.2.1, BlackBerry has included support for it. The Selenium WebDriver is an automation tool that allows developers to easily test web pages and web apps in a variety of desktop and mobile browsers, greatly reducing the time required to perform manual testing. No more testing webpages or apps manually, just set it and forget it. Selenium will handle all the logging of data for review which allows developers to fix any issues should they arise faster.

Long story short, it's great that it has been included as it's a fantastic tool for developers but if you're not a developer, there's no need to enable it. If you're a developer or just interested in learning more, you can check out the BlackBerry Dev Blog post on it or head over to the Selenium WebDriver homepage for the full details.