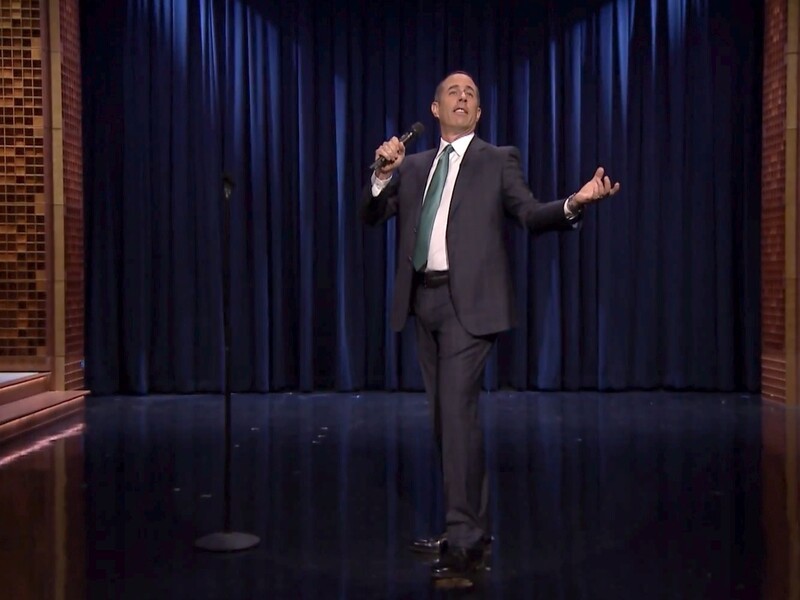 Stand-up comedian Jerry Seinfeld's been back on the prowl recently with his oddball and descriptively-titled Comedians In Cars Getting Coffee, though his eponymous "show about nothing" has never been far from the public consciousness (see: iToilet and Google Wallet). Seinfeld himself showed up on The Tonight Show this week and he, as he's prone to do, talked about how we use our smartphones and the way they've changed how we communicate.

"That's your life, because of the people, right? That you need to stay in touch with that are so important. The people in your life, they're so important, aren't they? Yes. Really? They don't seem very important, not the way you scroll through their names in your contact list like a gay French king. 'Who pleases me today? Who shall I favor? Who shall I delete?'

And we call it a phone, but we don't really use it much as a phone, do we? No, we don't, because they gave us the option. Some years ago you were given the option when you want to communicate to another person: you could talk or you could type. Well once you had that option, well that took half a second — talking lost. Talking's over!"

Seinfeld's not entirely wrong, as Facebook's recent $16 billion acquisition of WhatsApp indicated, text message-style communication is incredibly important to us these days. Have we lost something in the process, or, as Seinfeld pointed out, has texting just made things easier and more to-the-point?

"If you want, I could text you this whole thing and we could get the hell out of here."

Source: The Tonight Show Starring Jimmy Fallon (YouTube), Thanks to Brent for the tip!