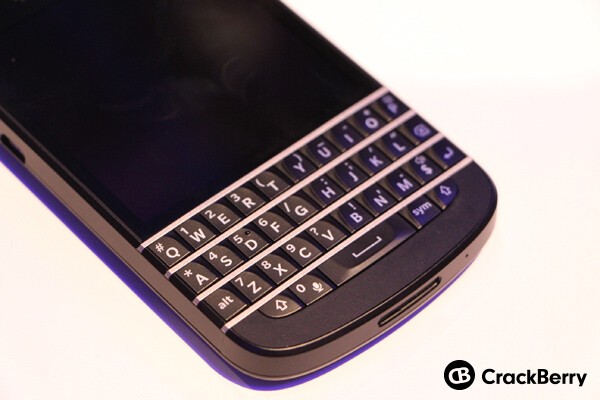 On the Year-End and Fourth Quarter 2013 earnings conference call today, while many questions were geared toward the BlackBerry Z10, BlackBerry CEO Thorsten Heins also noted that the BlackBerry Q10 is already being tested by 40 carriers in 20 countries. While the Z10 is already selling very well in many markets around the world, it looks like there is still a huge push behind the physical keyboard BlackBerry Q10 as well.

The Z10 is an awesome device that has been easily adopted by many users, but we get the feeling that there are even more users who are holding out for the Q10. There are plenty of business users and consumers who know and love their BlackBerry who may be hesitant to try a virtual keyboard device, instead wanting to stay with what they know in a physical keyboard.

The BlackBerry Q10 has yet to receive any official release date so far, but it is expected to be widely available towards the end of April. The fact that so many carriers are already testing the device is a great sign and we should see some big numbers when it finally becomes available.

I for one am pretty excited for the Q10. I love my Z10 but I can't wait to go full-on with the Q10 and a physical keyboard.