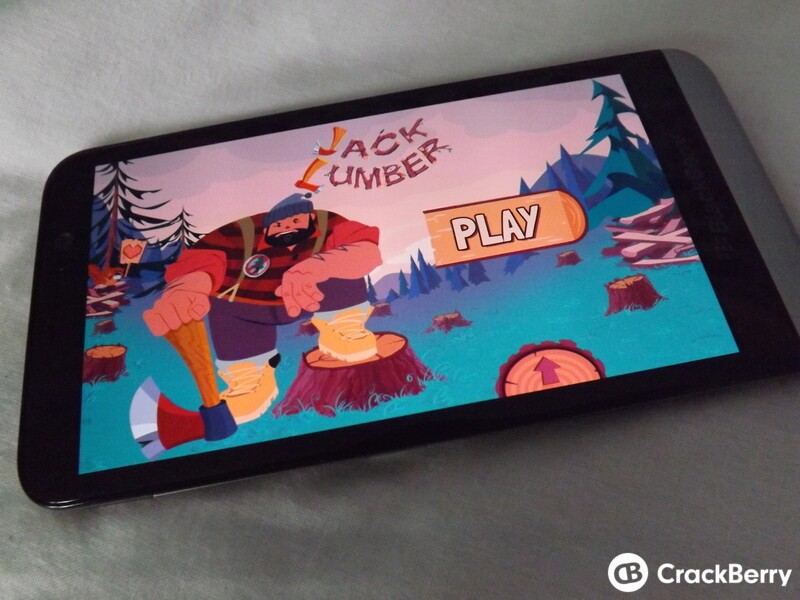 A little over a year ago we announced that the game Jack Lumber had become available for BlackBerry 10 smartphones and I enjoyed it so much we demonstrated it to you on video. If you were put off by the price tag, but liked the look of the game, today is your lucky day as Amazon have Jack Lumber as their free app of the day - sweet!

If you missed our initial post this one's a real beauty. The concept of the game is pretty straight forward - it's all about chopping logs, but clearly things aren't quite that simple. Once you start the game and begin level 1 you'll be shown how to chop the logs as there is a certain way to do it. Then as the game begins a bunch of logs jump onto the screen. By pressing down on the display the logs will then move in slow motion and it's a case of drawing a line through them all to chop them. That's the easy part.

As you progress things clearly get harder. Some logs will have a number on them - meaning they need to be chopped as many times as the number states. Other logs will have an arrow on them and must only be chopping in that direction. And to spice things up even more animals will randomly appear on the screen which you must avoid striking with your axe.

I loaded Jack Lumber up on my BlackBerry Z30 today from Amazon and it worked like a dream. I'm not sure on Q series compatibility so if you try it please sound off in the comments with your findings.

If you've not used the Amazon Appstore to load Android apps and games onto your BlackBerry, the full instructions are in the link below.

How to download Android apps using the Amazon Appstore