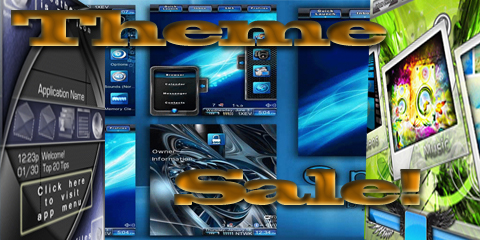 Jason emailed me last week to give me a heads up on an awesome sale he's having in honour of his one-year anniversary in business. Being a long time member of the forums, (and a former Storm owner) I have had my eye on KD Themes the entire year he's been in business. He first caught my eye with Curve and has continued his trend of creating great-looking, functional themes with such titles as Optix and leading up to his latest, Slides. Jason has also put a really interesting spin on this sale, making it so that the earlier you buy, the more you save. The breakdown is as follows:

If you're a fan of KD, and have a couple bucks burning a hole in your pocket, jump on it sooner, rather than later, and make those dollars stretch that much farther. You can find all of KD's themes here in the CB Store.