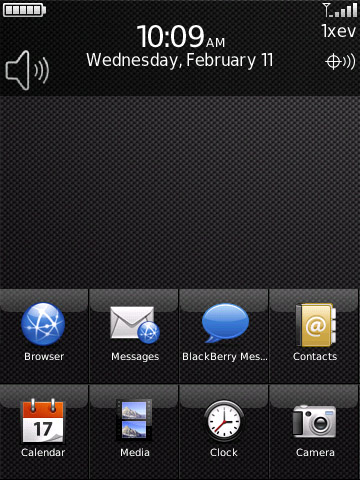 If you have children than you know the #1 question they are constantly asking during this time of year (especially if they're under the age of 4) -- and that question is "How many more days until Christmas?" Well with the Santa Tracker application by Kathryn Lahrs, you can answer them down to the second! Also included in the app is the option for your children to write a letter to Santa and even have Santa respond. I'm usually not a fan of paid apps (only $1.99) especially for something I won't use often, but with a 3 year old in the house I thought this would be fun. Keep reading for more details.

When you first open the app you have the current countdown time until Christmas (set to default and you can change in preferences) and three options:

Track Santa: On Christmas Eve Santa will start delivering his presents and Santa Tracker will show you where Santa is based on your specified GPS location. You can enter your child's bedtime and the app will bring Santa closer to your location as the time gets closer to bedtime.

Letters to Santa: Here your child (or you if you don't allow little fingers to touch your precious BlackBerry) can enter their very own letter to Santa. Once you submit the letter a message will appear saying Santa has received your letter.

Preferences: In this section of the app you can set your GPS location, set child's bedtime & edit the status message (for your child's letter) to become a response from Santa.

The application itself is simple & the UI is clean and easy to navigate. Payten (my 3 yr old) has been checking the app every day to see if Santa has left yet & was so excited to hear the letter he wrote back to her. For the price and the enjoyment it's bringing my child, I'd say it's a great buy this holiday season.

The application is available for $1.99 in BlackBerry App World.

*On a side note, if you're running a hybrid/leaked OS the application may not work correctly. I was running one and had to downgrade to the official in order to get the application to work properly. The customer service for this app was outstanding during my technical difficulties