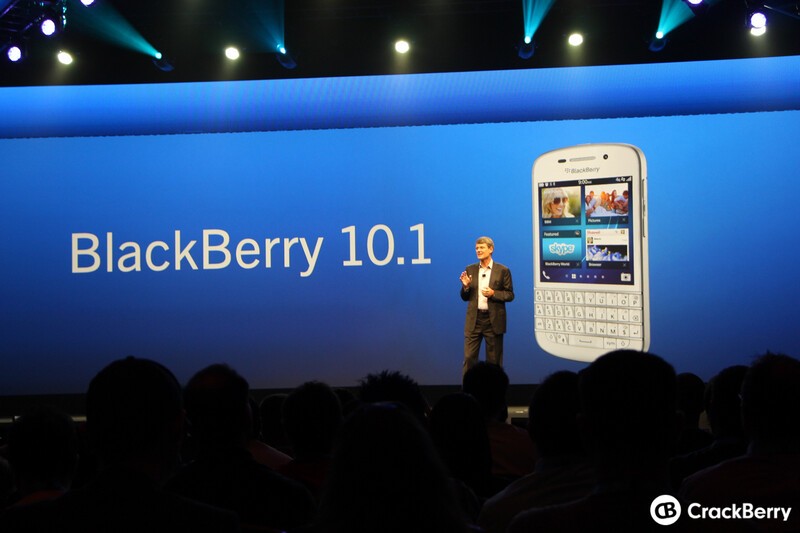 Ok BlackBerry, it's time for a CrackBerry intervention. The way BlackBerry 10 OS updates are rolling out to the world isn't healthy. Your behavior isn't sustainable. We need to make some decisions and lifestyle changes here, for the benefit of all those around you who love you so much, including developers and most definitely your customers and biggest fans.

Looking back at years of BlackBerry OS updates on the legacy BlackBerry OS platform, we became accustomed to fragmentation in the way OS updates were pushed out. For the most part, the push date has always appeared to driven by the carrier. BlackBerry releases a new "gold candidate" code build to carriers, carriers test it, and if they approve it they push it out at their convenience. Over the years, the only way to know which carrier in the world had the latest and greatest version of the BBOS was to keep it locked to CrackBerry's constantly-updated BlackBerry OS page.

Though this pattern is longstanding, recently BlackBerry has shown improvement with the launch of BlackBerry 10 in proving it can coordinate OS rollouts across multiple carriers. Think back to May 14th, when Thorsten Heins took to the stage at BlackBerry Live and announced OS 10.1 for the Z10 would begin launching that day for international carriers and by the end of the month in the US. Within hours, we saw all Canadian carriers release the update. It was coordinated, and it was awesome.

Now here we are over a month later, and Verizon and AT&T Z10 owners in the US are still waiting on 10.1 to be released (though it looks based on this post in the forums this morning that VZW may just be starting its push). As much as the coordinated push to upgrade to 10.1 was awesome for the end users who received it, this ongoing wait for 10.1 by others has illustrated once again just how frustrating a fragmented OS upgrade cycle can be.

In this case, the wait by users for 10.1 isn't just about waiting on new operating system features (like the camera app getting HDR support!), it's also about apps and app compatibility. For example, Skype requires OS 10.1. So those still waiting for the 10.1 update still have not been able to install Skype, which is one of those top apps so many people wanted to see come to the BB10 platform. Or look at today's announcement of the CNN app becoming available for BlackBerry 10. That's GREAT NEWS, except that the app requires OS 10.1. Read the comments to that post and you'll see the frustrations by users still stuck on 10.0.

Even in the case of CrackBerry and our award-winning CB10 app, the waiting for 10.1 to be released to Z10 owners everywhere is frustrating us. We're working on an app update we want to push out to our users. Ideally, we'd want to release our app update only for 10.1 which is what we would do if the update was available everywhere. Instead, if we want to support our entire user base and get the update out soon rather than later, which we do, we need to role out two app builds now.

As much as waiting sucks, in pondering the frustrations associated with rolling out OS updates in a fragmented fashion, my conclusion is that all things equal I'd rather wait a bit longer and see the update hit all users at once across all carriers vs. seeing it roll out carrier by carrier in fragmented fashion. And I think this notion applies as much to small OS updates as it does to big ones. It's too late for this update to 10.1, but thinking ahead to future 10.1 or 10.2, 10.3 etc. updates, I'd personally rather wait (unknowingly of course!) a couple extra weeks more than be necessary to see the update roll out everywhere, vs. just to the quickest carriers.

If BlackBerry's goal is to deliver the best experience to customers possible, making updates available everywhere to everyone needs to be the ongoing goal they strive for

If BlackBerry's goal is to deliver the best experience to customers possible, which I believe it is, then aiming to make updates available everywhere to everyone needs to be the ongoing goal they strive for. Pushing updates out earlier on some carriers and later on other carriers (and much later on yet other carriers) only leads to confusion and frustration. Just spend a little time in our forums, reading comments or looking at the tweets we receive by the minute by frustrated users waiting on 10.1, and the evidence is overwhelming. As I said above, there has been some improvement made here - but there's still a lot of work to be done. And maybe, just maybe, a relentless commitment to this process by BlackBerry would also see some of the slower carriers out there become a little more responsive.

Hopefully BlackBerry can continue to improve here and see that OS updates roll out everywhere in sync. If not, they should at least work on a backup plan that satisfies those who really care to be on the latest update. One Band-Aid solution could be for BlackBerry to make the BlackBerry 10 developer builds fully-baked, so that hardcore consumers (aka the biggest BlackBerry fans, aka the CrackBerry community), could also download them and install them. Right now I'm hearing from a lot of frustrated BlackBerry developers about the crippled nature of the developer builds. You get the latest OS build, but it's missing lots of core apps that developers would ideally want to see (seriously, why remove the photo app from the dev builds?). Load those dev builds up to the max, and if consumers want access to them, so be it.

So that's my take on it. I want to see OS updates hit all carriers at once, even if it means some of us (the ones on carriers who are quick to push out updates) may have to wait a little longer for them. The sanity of making sure the entire user base gets access to the update all at once is worth it. We need to get there!

Agree? Disagree? Let me know what you think in the comments!