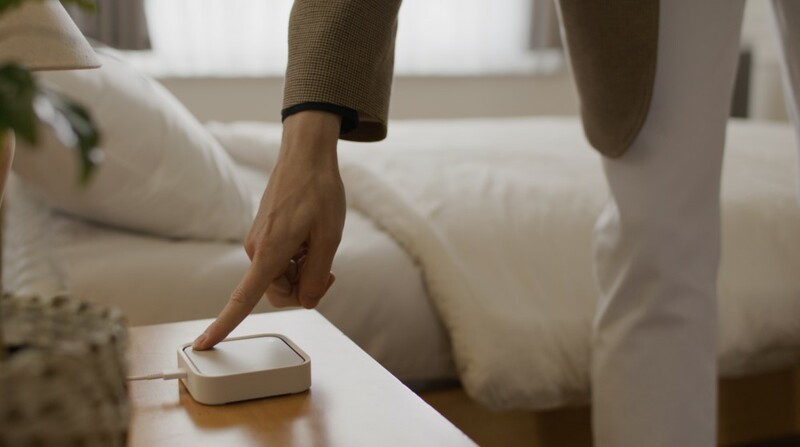 One of the surprising issues facing a lot of home technology infrastructure gadgets is that a lot of users don't want to put them out in the open. Wi-Fi routers get tucked into signal-attenuating closets, TV streaming boxes get hidden behind the screen. And smart home controllers end up under a desk somewhere. None of that is good for signal strength, which leads to disrupted performance and frustrated users.

Just as Google's trying to fix that by making their Nest Wi-Fi nodes into Google Home smart speakers that you're forced to put out in the open to hear and talk to, Samsung is doing the same for their smart home ambitions by making a smart home hub you'll want to keep out in the open and at an accessible location. The new SmartThings Station is small, nondescript, and includes a top-mounted wireless charger so it just demands to be put on a desk or side table. At 15W it's not an especially fast wireless charger, but it'll get the job done just fine.

The SmartThings Station integrates the latest in smart home tech, acting as either a hub or a node in a Thread or Matter smart home system, as well as the older Zigbee standard, Wi-Fi, and Bluetooth — no Z-Wave, unfortunately. It even has a configurable button on the top so you can set it up to control the lights or locks or whatever in that room with a click. The charger coils can also be used as a trigger — set down a phone on a SmartThings Station in the evening and the SmartThings software can trigger a routine to turn down the lights and turn on the TV, for example.

At just $59.99 when it launches in the US in February 2023, this is a surprisingly affordable and compact way to get into the latest smart home tech and build out a robust network in your house. With buy-in from all the major players, Matter is the future of the smart home and devices like the SmartThings Station are going to be key in making it work.