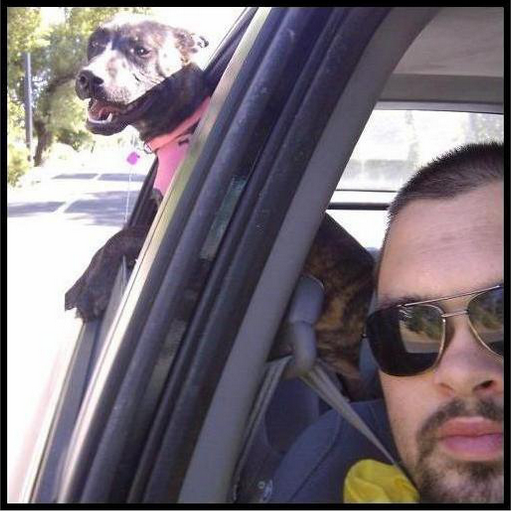 A few weeks ago we received the tragic news that one of our longtime members and forum moderators, Josh Chambers, had passed away. Josh was known as OldSkoolVWLover around Mobile Nations and was a beloved member of our volunteer team at CrackBerry and PreCentral/webOS Nation for many years.

Always willing to lend a hand (and joke around), Josh will be greatly missed by members and colleagues here at Mobile Nations, all of which were proud to call him a good friend. With a desire to pay tribute, many of our volunteers stepped up to write a few words about Josh. I'd like to share them with you now.

...and finally, some touching words from Dave 'HelloNNNewman', one of our volunteers that perhaps knew him best:

I first met Josh when he was a member of PreCentral (later webOS Nation) during it's fun, fast-paced days. Josh was always quick with a joke in the forums, but always one of the first to offer assistance to members who needed help. Because of this he was brought in as a forum moderator (one of the last we recruited) and was constantly a source of jokes and good humor. Josh was always dedicated to everything he put his interest in - be it helping members with technical questions, talking about rescue dogs, his family, cars (especially anything VW), and all of his home side projects. In the private moderator forums, Josh quickly put his wit and wisdom to use and quickly became a fun addition to the team.

I remember having a conversation with Josh via email where he was lamenting having to move on from webOS after years with the platform and forum team, but was really getting into researching what the next best alternative OS would be for him. The excitement he showed with webOS was once again in full swing when he found his new OS choice - this brought him to the BB10 pack. With the implosion of webOS and the slowing of the forums, he asked me as the Team Leader about joining the CB crew as a mod and if I'd give him some help or reference. I offered up my full encouragement and praise for him, but Josh didn't need any help from us - Rich and his crew at CB could easily see what a great guy and strong addition he'd be to their team. The rest is history - and he enjoyed the team and making new friends.

Josh stayed in contact with me through Twitter, BBM, and email. Always joking around about his Cowboys and my Packers, and sharing pics of pretty much anything that caught his fancy. Josh was always one of the most knowledgeable guys when it came to mobile tech and a guy I went to with questions quite often. I always wished I had a chance to meet up with him in person at some point and figured I'd get that chance someday. I feel poorer for never having had that chance. He was a guy you instantly liked, and one that you quickly came to trust and respect.

I'll miss Josh, and know there are countless others who feel the same. Josh was a great man, and a good friend. Thanks for being there, Josh! You will be truly missed. Our thoughts and prayers are with Josh's wife and family." - HelloNNNewman

It's easy to see Josh meant a whole bunch to those he stood alongside here at Mobile Nations. From the first time I met him I could tell he was simply an awesome guy with a good heart and positive attitude. No situation was too tough to handle, and he was always willing to lend a hand to those in need. I can say without a doubt that he's one of the best moderators we've ever had.

On behalf of Mobile Nations, I'd like to extend deepest condolences to Josh's wife, family and friends. He will be terribly missed, and never forgotten.

Should you wish to make a donation in Josh's honor, we encourage you to visit two organizations that were near and dear to his heart: Recycled Pets NorCal and the California Automobile Museum.