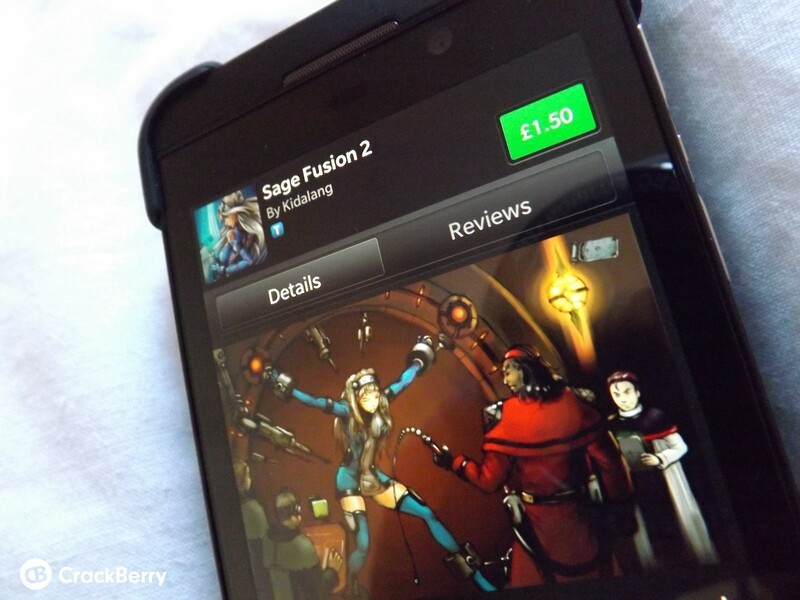 You can now pick up Sage Fusion 2 from BlackBerry World and currently it's on sale with a 33% discount - so if this one looks your cup of tea you may want to get in quick. The game is only for BlackBerry Z10 owners at the moment, but that may well be down to getting the best experience on a larger display.

If you fancy seeing the game in action before parting with your money we will have a hands-on video in the coming days. If you played the original Sage Fusion I'm sure you will be downloading this one straight away, however the developers say that you certainly don't need to have played part one to enjoy the sequel.

Sage Fusion 2 builds on the story and gameplay set by the first game, and improves them in almost every aspect: