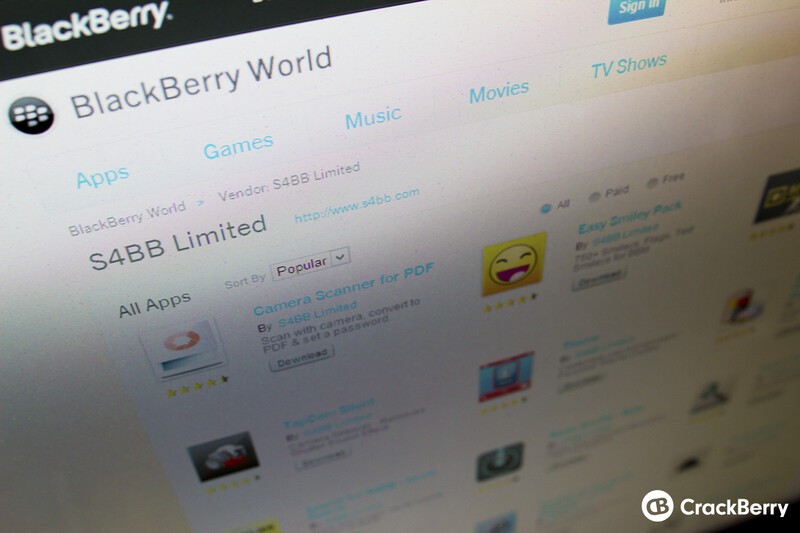 So you thought S4BB was crazy for having over 46,000 city guides for BlackBerry 10? Well, they're about to quadruple their app count by submitting three additional apps for each of their city guides. Two of them will essentially be free "lite" versions of their premium $2.99 city guides, offering separate nightlife and dining reference tools. There will also be a paid business search app coming for each city. The idea here is that people can get a taste for what the city guides have to offer before taking the plunge.

Assuming these get approved, it's probably safe to say that out of all mobile platforms, BlackBerry 10 has the widest selection of local guide apps out there. The biggest mistake that I think a lot of press is making about S4BB is that quantity and quality are mutually exclusive when it comes to apps. I've used S4BB's Hong Kong City guide - it's polished, useful, and offers a ton of information. I've talked to these guys, and they're a legitimate outfit trying a new business model that hinges on automated app generation. Sure, lots of their apps don't get downloaded, but they're covering such a broad scope that single, individual downloads can add up very quickly. It's also worth noting that S4BB does more than just city guides - in fact, they just launched a new memo app called Action Pad.

The trickier issue is how manufacturers talk about the health of their app ecosystem. Across the board, everybody likes to brag about how many apps they have, but rarely does that take into account how many apps never get downloaded or the churn rate for those that do download. Another problem is that BlackBerry World's "new apps" feed can get choked up and rendered useless when massive collections like this get approved, but that's more of a design and app approval challenge for BlackBerry more than anything.

What do you guys think of S4BB? Would this kind of thing fly on any other platform? Can you pump out this many apps and ensure quality?