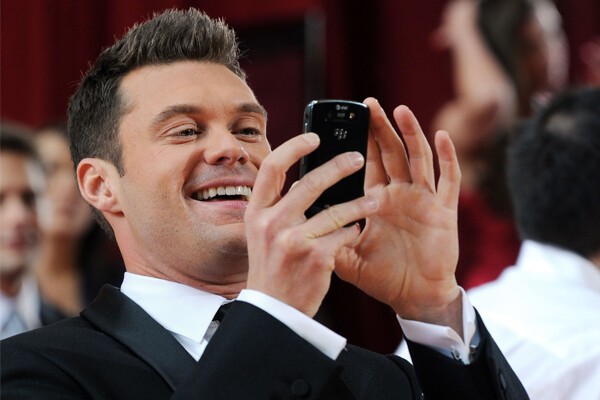 Apparently Ryan Seacrest no longer wants to carry two phones, but he is also bit fed up with his iPhone keyboard. So much that he's invested $1 million of his own money into a new venture to solve his problem.

His new plan is for an accessory called the Typo Keyboard -- a keyboard case of sorts that attaches to an iPhone and provides a physical keyboard for the user. The case is set to make its debut at CES this year for the iPhone 5 and 5s and will retail for around $100.

It does leave us with one burning question though -- if the keyboard is that important, why not just go BlackBerry? A Q10 would fit his needs perfectly - a great keyboard and incredible battery life. Even the virtual keyboard on the Z10 or Z30 would rock in comparison to an iPhone, so what gives? Tisk tisk Mr. Seacrest.

So what say you -- is this a lame accessory or will keyboard-loving iPhone users eat it up? Sound off in the comments!