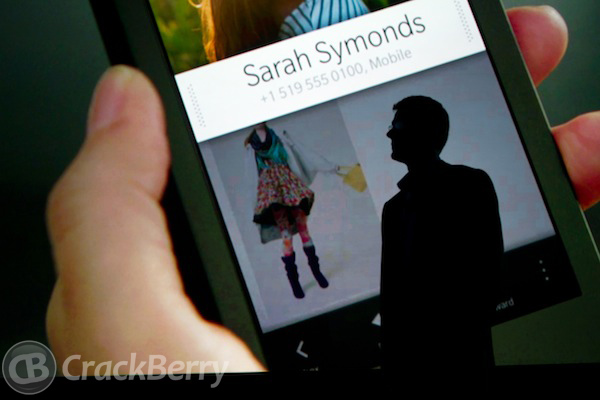 Layoffs ... It's never a fun topic to discuss. But we have to address what's happening and talk about it openly and honestly.

Over the last few days we've seen many references to another big round of layoffs at Research In Motion. And quite honestly, while it's just a rumor at this point, it makes perfect sense.

Before we talk about RIM, let me say that this article is not about putting a positive spin on something. Layoffs suck for many of those affected, at least in the short term. Before I started my career in financial markets (2000 through 2011) I lived in Ottawa and worked as an engineer for Nortel Networks. With a lot of luck involved, I left Nortel behind about 6 months before the big round of cuts made under CEO John Roth. Little did I know that most of my Nortel friends would eventually lose their jobs.

It was painful for everyone involved. But you know what? These people made it through. They moved onto other, more rewarding jobs. Most of them are happier now. So, while layoffs do suck, they are often necessary and they push people to make changes that ultimately make them stronger. I've watched this happen at dozens of companies over the years. So let's talk about RIM.

RIM has 16,500 employees, give or take a few. This is down from a peak of about 20,000 when BlackBerry was still dominating the market.

There is no denying that RIM needed to make a big shift in direction. They bought QNX and started working on a next generation OS to support the next decade of mobile computing. Yet most of the software employees at RIM were logging hours supporting the legacy Java operating system.

When companies grow, they usually get a bit fat. Lots of project managers get hired, and engineers are hired to support these projects. The people that get hired are unquestionably smart folks, but they get hired based on the skills required at the time.

Under CEO Thorsten Heins, RIM has transitioned into a company that is wholly focused on delivering BlackBerry 10. For the thousands of employees (particularly software engineers) who have been keeping busy on anything tied to the legacy BlackBerry OS, there are only two possible outcomes. Either they find a way to move onto newer, more relevant projects to the company's future, or they leave.

Many will leave by choice. They'll see the writing on the wall. But most will not. And that is not a criticism. It's just the way the numbers tend to shake out. Most people wait for action to be forced upon them. That force, perhaps this week, is expected to be a round of job cuts.

Given the size of the old RIM, and the length of time they've been hardcore focused on BlackBerry 10, I'm betting that there are thousands upon thousands of people who won't be doing the same job at RIM next year. Many of them may make their way over to newer projects. And we're sure many already have, as Thorsten Heins told Kevin during his interview shortly after Heins became CEO. But many will not. So I'm not surprised when I see job cut estimates as high as 5,000.

At BlackBerry World in Orlando earlier this month, Thorsten Heins spoke to the press and explained that BB7 would be maintained in Raleigh, North Carolina, by a team of software developers. That pretty much confirms that Waterloo will go through a major round of cuts.

Some stories are suggesting that layoffs will be announced this week. The obvious reason for this is to be able to account for it in the current quarter, from a financial reporting standpoint. RIM's fiscal Q1 ends June 2nd. Layoffs cost money and those expenses are reflected as unusual items on the income statement. RIM will want to claim as much of the expense in Q1 as possible, and definitely want to finish restructuring before BlackBerry 10 hits the market. They'll want clean numbers to report from that point onward.

So are layoffs bad news? Good news? No, they're just the natural course of action for any company going through the kind of transition RIM is going through. They are a reflection of the past. They don't make it any easier for RIM to fix its current market problems.

Keep this in mind when and if the news hits. There will be a bunch of stories written about how RIM is in such trouble. Remember that layoffs are a backwards indicator. They're the result of something that already happened. They are expected, from RIM, at this point.