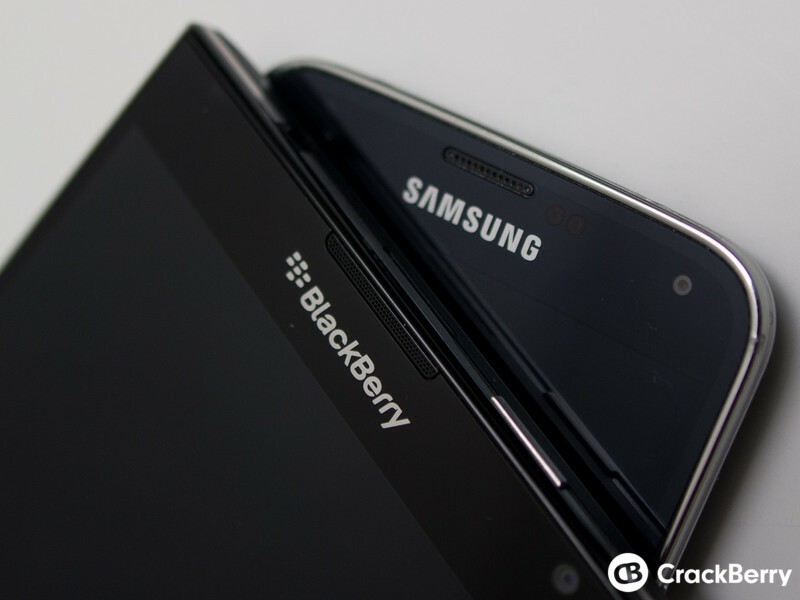 A new report from The Financial Post, is claiming that all may not be as it seems when it comes to the Samsung / BlackBerry rumors and goes so far as to say Samsung is still actively pursuing a plan to take over or buy a significant stake in BlackBerry Limited and that they were caught off guard by the earlier Reuters report, as they hoped to go unnoticed with their moves on BlackBerry and obtain better pricing options. According to the report, they've viewed documents put together for Samsung by New York-based independent investment bank Evercore Partners, which outlines the details and structure for a possible purchase of BlackBerry.

If you recall, when the initial news of Samsung looking to acquire BlackBerry began circulating, it came from a report put out by Reuters which noted Samsung had approached BlackBerry with a potential takeover worth as much as $7.5 billion. That report was based on unnamed sources who claimed Executives from the two companies, were working with advisers, and met to discuss a possible transaction.

That report was quickly shot down by BlackBerry, who stated in a press release, 'BlackBerry Limited is aware of certain press reports published today with respect to a possible offer by Samsung to purchase BlackBerry. BlackBerry has not engaged in discussions with Samsung with respect to any possible offer to purchase BlackBerry and was quickly followed up on by Samsung's J.K. Shin who stated, 'We want to work with BlackBerry and develop this partnership, not acquire the company.' Sentiments that were again reiterated by BlackBerry CEO John Chen who told federal Industry Minister James Moore 'it's a rumour and there's no truth to it.'

The document was prepared in the last quarter of 2014, but a source familiar with the matter said that Samsung still remains very interested in acquiring all or part of BlackBerry for the right price.

"I can tell you Samsung is contemplating a purchase," said the source, who asked to remain anonymous because of the sensitive nature of the talks. "It's still being pursued right now. Samsung is still evaluating their options. So it's still very much an open deal."

The document outlines the pros and cons of various approaches Samsung could take in securing BlackBerry. One proposed scenario has Samsung acquiring a minority share in the company, which the document says might help secure regulatory approval from western governments nervous about foreign ownership of BlackBerry's integral security features.

As we know it, it would take a good deal to get BlackBerry CEO John Chen onboard and according to the report, those details were outlined as well.

The document also raises the possibility of trying to bring Prem Watsa, the CEO of Fairfax Financial Holdings, a major Canadian shareholder of BlackBerry, on board to pull the deal together. The document suggests making an offer of US$13.35 to US$15.49 per share, reflecting a valuation of between US$7 billion and US$8 billion. BlackBerry shares closed Wednesday at US$9.93 on the NASDAQ.

"We believe that at the upper end of that US$15 price, Prem Watsa is going to be very supportive of this deal," the source said.

The new report also sheds some light on what Samsung thinks of BlackBerry's revenue potential in the long-run. The documents viewed by The Financial Post are said to include a chart compiling analyst estimates that predict BlackBerry hardware revenue will stabilize and that its software revenue will triple from US$235 million in 2014 to US$636 million in 2017.

Both BlackBerry and Samsung declined to comment on the report to The Financial Post and BlackBerry never responded to our request at the time of publishing, but it seems like these rumors are not ready to die yet and keep on coming. What do you all think? Where there's smoke, there's fire or are they just looking to help each other out and do some good business? Let us know in the comments.