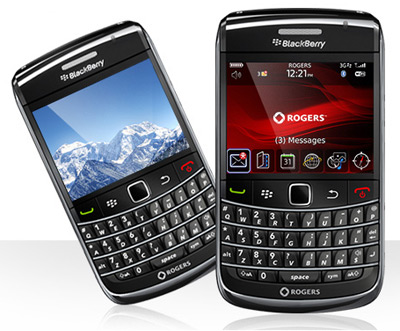 We just got word that Rogers customers with a Bold 9700 with have a first in Canada today. Rogers will be rolling out an OTA update to OS version 5.0.0.351 for the 9700. Anyone on an official Rogers OS will be able to upgrade via the wireless update option to the new device software. We're not sure exactly what time the update will be available (if its not already) so be sure to leave a comment if you see something pop up. To check for the software availability, go to Options > Advanced Options > Wireless Update on your device (keep in mind you'll have to be running an official OS to see the update). If you've never used the feature before, check out our BlackBerry 101 on using the wireless update from your device. Unfortunately the OS is pretty old, so if you're looking for something a little newer you can download the latest leaked 9700 OS. You can read the official announcement after the jump.

Just a heads up that starting today (April 9), Rogers BlackBerry Bold 9700 customers will be the first in Canada to be able to upgrade their OS via Over-The-Air Software Loading (OTASL).

These customers can upgrade from BlackBerry Handheld Software v. 5.0 to v. 5.0.0.351, which should improve overall performance. Future OS versions will be made available via OTASL as well.

Data used during the OTASL won't be charged to customers' data bucket. Updates can also be done over Wi-Fi as well as via BlackBerry Desktop Manager.

To update via OTASL, customers must have a BlackBerry Bold 9700 running BlackBerry Handheld Software v.5.0 and a BIS (not BIS Lite) or BES data plan. Those who'd like to update should keep the following in mind:


When is OTASL coming to other devices?
We're working to bring OTASL to devices that can accommodate them. Later this year, Rogers will enable BlackBerry 9000, 8520 and 8900 to perform OTASL after they've upgraded to 5.0 via Desktop Manager.