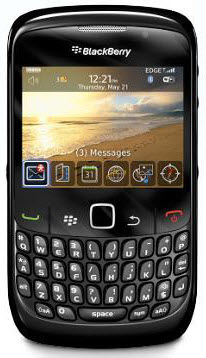 We've known for a while now the BlackBerry Curve 8520 will be coming to Rogers and today we got some more information regarding its official launch time frame. An email went out to some Rogers employees today declaring the Curve 8520 is indeed coming and that all employees were to login to their training systems and get fully trained up on the device itself.

The 8520 BlackBerry Curve has great new features that will help you stay connected both professional and socially. The dedicated media keys, track pad technology, media sharing apps and sleek new design will satisfy any customer. This short e-learning module will demonstrate the features of the BlackBerry Curve as well as help you qualify your customer.

Now come and learn how to position the BlackBerry Curve 8520 as a solution for your customers need.

You can expect the Rogers BlackBerry Curve 8520 to launch the first week of October, but of course I'm guessing if you're reading this and on Rogers you're more than likely holding out for the BlackBerry 9700 which should hopefully launch shortly after.