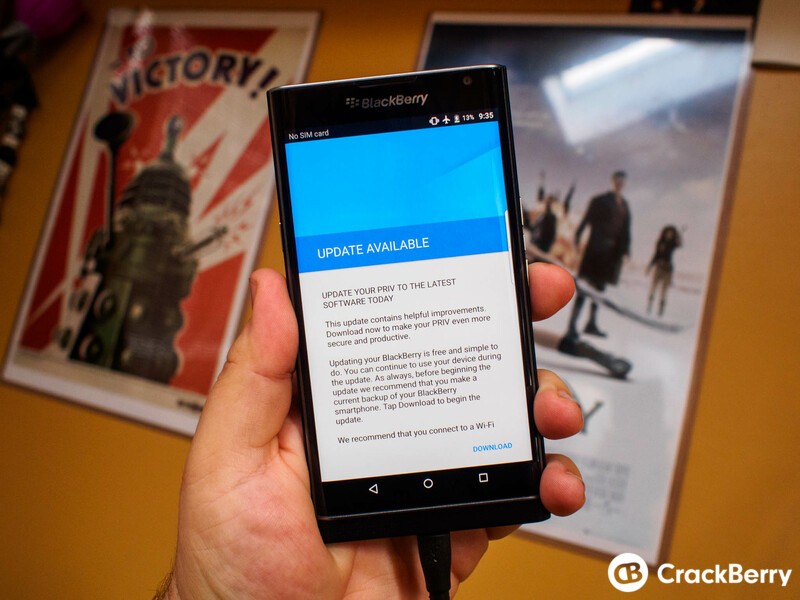 Following the initial push of the January security patch for the BlackBerry Priv, Canadian carriers Rogers, Bell and Telus have now gone ahead and released the update to their Priv owning customers. The update itself comes in at only 16MB and is identified as being build version AAD250.

If you're wondering what all has changed, BlackBerry has outlined the details through the BlackBerry Knowledge Base, right here or if you prefer, you can read Google's outline as well. If you own a Priv and are not yet seeing the update, you can check manually by heading into your Settings, About phone and checking for it there.

Are you not on Rogers or Telus but also got the update? Go ahead and let others know in the comments. There's sure to be other carriers rolling it out soon as well if they haven't started already.