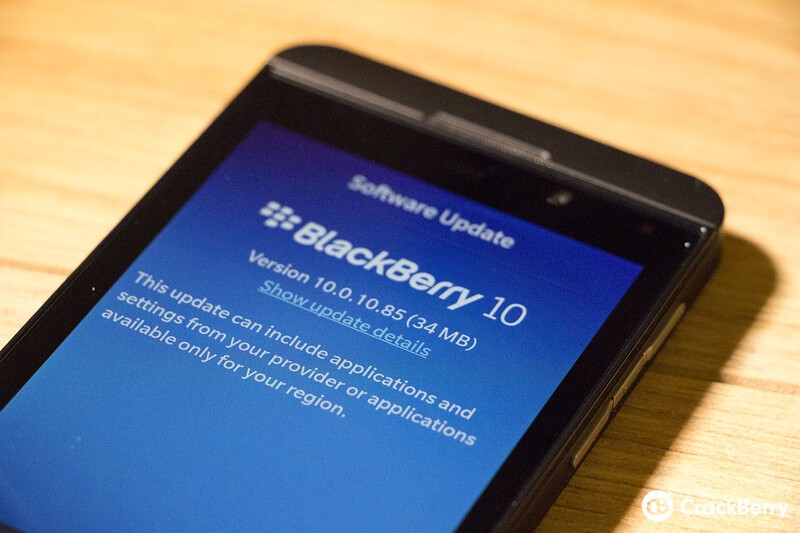 If you're on Rogers, Fido or TELUS (Yes, that includes Koodo) and are the proud owner of a BlackBerry Z10, you'll want to go ahead and check for software updates on your device. As reported in the CrackBerry forums and witnessed on some of our own devices, software update v10.0.10.85 is now arriving OTA. Yes, that's the software version -- the OS version itself is 10.0.10.672 and the highest release we've seen thus far, including leaks.

Update: BlackBerry has posted on the Inside BlackBerry Blog a detailed look at the changes this OS brings. You can find a quick summary of those changes below.

These changes and improvements include:

Kevin also wanted to point out that at this time updates are pushed out by carriers. So if you have a factory unlocked BlackBerry (like the pre-release models or ones that came unlocked at the Launch events, etc.), the updates you receive will be based on your SIM. So if you're in Canada on Rogers/Telus with a factory unlocked unit, you may have received an update. If you're in the USA, not yet.

As of right now, we're not sure what exactly the update contains as the changelog doesn't really say a whole lot but it's safe to say there is some bug fixes in there for sure. If you happen to spot anything new, drop a comment or hop on into the CrackBerry forums and let your fellow Z10 owners know what you've found. Hopefully, we'll also see it roll out to other carriers soon than later.