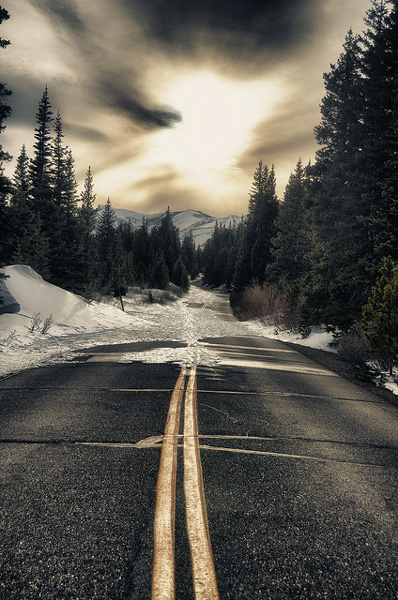 We're expecting the BlackBerry PlayBook 2.0 update to be hitting the streets very, very soon (like 5am EST), and it's going to be a big step for both RIM and end-users. Android support will broaden app selection, stand-alone applications for e-mail, calendar, and memos will finally arrive, and there will be lots of nice extras which we weren't necessarily asking for, like being able to use a BlackBerry smartphone as a remote keyboard.

Considering many people will look at OS 2.0 as the point where the BlackBerry PlayBook finally became feature-complete, let's take a look at how we got here. For those still getting used to their holiday present, RIM's tablet is still very new, but we've been talking about the thing for nearly two years now. It started off when RIM acquired QNX Systems.

On April 9, 2010, RIM announced that they were buying an Ottawa-based company which had built a rock-solid operating system used just about everywhere - everywhere but smartphones. They were heavily steeped in the automotive world, having powered the consoles on many dashboards. QNX was (and still is) used in a wide variety of multi-core processing environments, spanning commercial-grade internet routers to nuclear power plant systems. Though there were obvious synergies between RIM in QNX as far as emphasis on security, stability, and the enterprise market goes, it wasn't entirely clear where the two met on the product front - after all, BlackBerry smartphones already had an operating system.

It's around that time that whispers of a BlackPad started swirling. There were only uncorroborated rumors of a BlackBerry tablet to start. Could RIM really be leaving their comfort zone of smartphones to meet the iPad head-on? Would QNX cut it for the device's software? RIM had taken the trademark on a few interesting names, and there was word from parts manufacturers that RIM was ordering large displays, but even these hints couldn't prepare us for what RIM had in store at DevCon 2010.

The BlackBerry PlayBook's unveiling in early October surprised and excited everybody. Not only did RIM announce a tablet - they announced one with a unique gesture-sensitive bezel, a next-generation software platform (which will ultimately come to phones as well), and a great pairing mechanism for BlackBerry handsets. The look was fresh, but familiar, and it was a whole new product category for RIM to tackle. The bar was set high, but BlackBerry was set to meet the challenge.

Then came the long wait. From October to April, RIM toured about, showing off the PlayBook and trying to keep excitement high. The first time we got to see the PlayBook was behind a glass screen, then we got our mitts on it later on at CES. It didn't take long to have seen pretty much everything there was to see. The air had been let out of RIM's tires after people started to realize that some core applications, like e-mail, calendar, and contacts would only be accessible if you had a BlackBerry smartphone paired up over Bluetooth. After awhile, consumers were tired of talking about the PlayBook and just wanted to get their hands on one. Except Kevin - he was excited the whole time.

During the pre-launch period, RIM made a second interesting acquisition which would ultimately impact the look and feel of the PlayBook in a number of ways. On December 2, 2010 RIM snagged a sharp design firm in Sweden called The Astonishing Tribe to help jazz up the user interface and developer UI tools. Right out of the gate, these guys were doing things well outside of RIM's usual sphere of expertise - multiplayer Quake, beautiful concept software, and ultimately tools which empowered developers to make gorgeous apps themselves. In the long haul, RIM's Sweden branch will play a big part in revamping BlackBerry's image.

After acquiring The Astonishing Tribe, RIM dropped a bomb - the PlayBook was going to support Android apps. Now, that didn't mean that the BlackBerry PlayBook would run Android, despite the wishful thinking of some investors. While RIM mostly dismissed the feature as addressing a simple desire for app "tonnage", this move had the possibility of instantly leveling the playing field between BlackBerry and the legions of established Android devices out there, without handing over the keys to Google.

The BlackBerry PlayBook finally hit store shelves on April 19, 2011. Initial reviews were lukewarm,thanks in no small part to the lack of a native stand-alone e-mail client. Of course, BlackBerry users didn't mind that at all, since they could just use Bridge over Bluetooth to flip through their messages. Beyond that, there were very few complaints; the hardware was solid, 7 inches was a good size, the browser could run Flash, and using gestures to get around felt great.

All this while, RIM had been making promises about the Android App Player and stand-alone productivity apps, but things didn't get properly real until one RIM's fall quarterly conference calls. Not only would we be getting all of the stuff we'd been waiting for, but RIM would also take the opportunity to launch a video store - a much-needed addition for a tablet with HDMI-out, but no Netflix app. RIM was aiming to launch the PlayBook 2.0 update shortly after their annual DevCon show the next month.

October rolled around, and along with DevCon, RIM unleashed the first developer beta of the new operating system. It was modest, but included the Android App Player which developers needed to make sure their creations would carry over seamlessly. Instead of providing access to Google's Android Market, the developers would need to re-package and re-submit apps to BlackBerry App World. Beyond Android app support, the beta also included folders - a no-brainer addition that really should have been there from the get-go - and a rethinking of the tab system so that they were unlabeled, but there were still a handful of sticky apps at the top.

It was only a few short weeks after DevCon that RIM admitted that the PlayBook update wouldn't be ready until February, and when it landed, it wouldn't have stand-alone BlackBerry Messenger support. This was bad news leading up to the 2011 holiday season, but at least it gave those who already owned a PlayBook something concrete to look forward to.

Black Friday rolled around, and after a few early discounts, the PlayBook began seeing widespread promotional pricing. Off and on across most retailers, the 16 GB PlayBook could be found for $200 - a veritable steal, and competitive with the incoming Amazon Kindle Fire. The price cut never permanently stuck, but those who would miss the boat once didn't have to wait long for another chance. While the cut wasn't particularly good news for RIM's bottom line, it did make the PlayBook a popular Christmas present and gave the PlayBook some of the momentum it needed.

While waiting for the 2.0 update to arrive, some developers tooling around with the beta had found an exploit through the PlayBook's back-up and restore mechanism which provided root access. The jailbreak, DingleBerry, opened up a lot of possibilities to experienced developers, among them host USB access so you could plug in a thumb drive with the right adapter, but the real kicker was being able to load up the Android operating system - Market apps and all. Performance of those apps was spotty at best, but it was easier than other methods of shoehorning Android applications into the PlayBook.

Now, we're here in February, on the cusp of Mobile World Congress, and RIM is set to finally squeeze out this hefty, feature-rich update. After looking at the PlayBook's history to date, 2.0 sure has taken awhile, hasn't it? The sheer power of the BlackBerry PlayBook has always been fairly self-evident, but I think for a lot of us, OS 2.0 is significantly closer to realizing the tablet's full potential. Smaller updates have added video calling and some handy options from the battery icon, which leaves me wondering - why didn't RIM just pop out each of the 2.0 features individually, rather than save them all up for a single big one? After all, one of the original selling points was how quickly RIM would be able to update PlayBooks over the air.

RIM folks have explained to me that they would be able to get the full feature set out sooner by packaging them together rather than separately, for some reason, I would have much rathered stand-alone e-mail a month after the PlayBook's launch and get a lower-priority feature, like smartphone remote control, a few months later then get them all now. At this point, that doesn't really matter; PlayBook 2.0 is as good as installing. I just hope that it's been worth the wait.