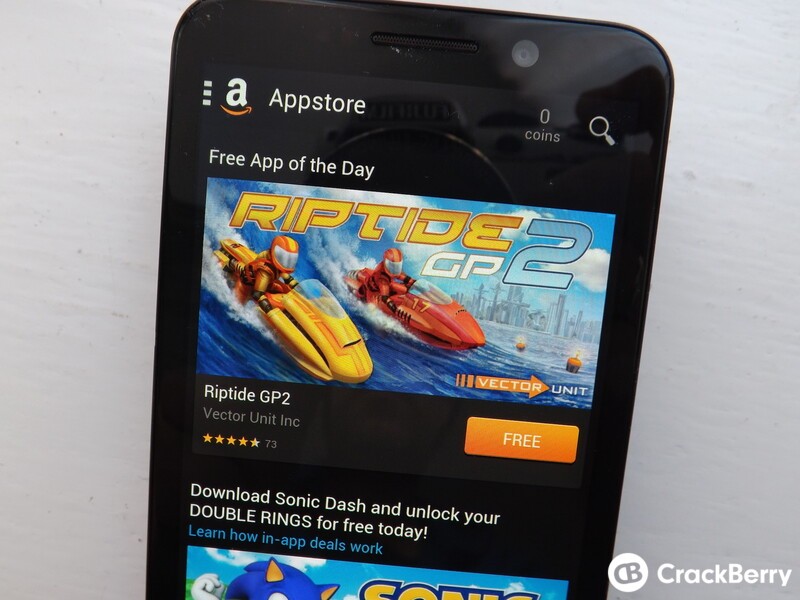 Riptide is a classic jet ski racing game on all major mobile platforms - BlackBerry 10 included. We first took a look at it on video back in February 2013 and the game still remains on my BlackBerry for when I have the urge.

Amazon have selected the sequel as their 'free app of the day' which I was rather excited to see. I loaded the game up on my BlackBerry Z30 and swiftly took to the water where all was well.

As usual with the Amazon Appstore - sometimes their free app of the day does vary depending on location. If you're seeing something else let us know? Also, If you are a Q series user I'm not sure how well this one will work but you can let us know in the comments if you download it.

I pinched the following text from Google Play. I don't know if all features apply for us BlackBerry 10 users as I only downloaded the game a few minutes ago. I suspect with it being an Android one we may well miss out on some though.

If you've not used the Amazon Appstore before you can find full instructions on how to get it below (unless you are rocking a BlackBerry Passport that will have it pre-loaded) .

How to install Android apps using the Amazon Appstore