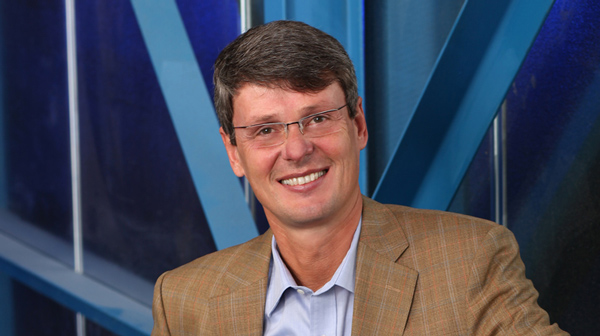 Running through this morning's conference call again, Research In Motion's shiny new CEO, Thorsten Heins, had a lot to say about about BlackBerry's large-scale strategic direction, particularly previous hints that they would be willing to license the operating system to other manufacturers.

"Now, on the licensing piece, I'm absolutely confident that BlackBerry 10 will prove itself as a platform. If there is requests coming towards Research In Motion to talk about licensing that platform to other companies, I will entertain those discussions, I will listen, I will assess the business opportunity for RIM, and if it makes sense strategically and tactically to go down that path, then I will make the decision together with the board. It's not my focus one. My focus one is strengthen RIM's business based on their integrated approach because there's not many companies out there that have this. One is the other fruit company that has it, and one is us, and I want to leverage this. This is a very, very strong asset to have. A former colleague of mine once said 'trust you're successful in business when you're in the nervous system of your customers'. You can translate this into 'you're successful when you have the biggest value contribution to your customer's business', and this is where BlackBerry is, and this is where I want to stay, and this is what I want to build upon."

It's certainly not news that RIM is willing to flirt with cross-platform arrangements, what with the Android player running on the BlackBerry PlayBook, and iOS support on the way in RIM's enterprise management console. Historically, RIM had even shoehorned most of the OS into Windows Mobile, and with the relatively recent Bing partnership, it wouldn't be surprising to see another cross-over emerge for Windows Phone.

Still, Thorsten made a point to say that this isn't a high priority, and that he has a ton of confidence in BlackBerry 10 to be able to stand on its own, thankyewverymuch. What do you guys think - is there a chance at a BlackBerry Connect revival?