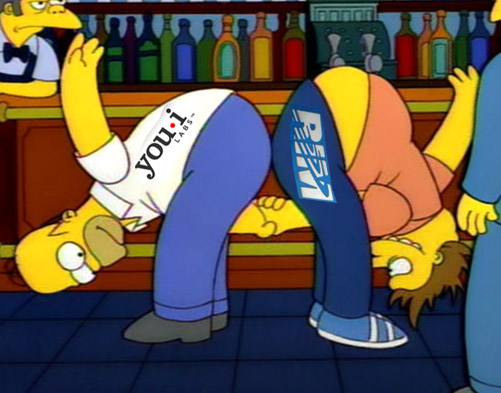 It looks like RIM is reaching out to YOU i Labs in an effort to develop the UI or future smartphones and tablets. YOU i Labs is a Canadian company that is responsible for building “inspirational user interfaces” – prodiving a natural UI framework and software services. The result is an incredibly smooth and interactive experience to start. According to their website, roughly 500 million devices in the market are running YOU i Labs developed software; could BlackBerry be added to that list? A low rumbling of rumours in the intertubes suggests a partnering between RIM and YOU i Labs.

Some of the products of YOU i Labs includes uSwish – a graphical UI platform that supports Haptics, Multi-touch, Gestures, Physics and Stereoscopic 3D. A look at the Embedded OS support list reveals that it includes QNX (hmm). Another product is isGPU (Intelligent Software Graphics Processor Unit) which is a set of libraries for 3D and 2D graphics. It brings the benefit of amazing rendering power over OS /platforms graphics support. For developers and hardware manufacturers, it gives them an OS independent graphic solution (lessening app porting costs and marketing time). Coincidently QNX is also supported (double hmm).

Now check this out – the PlayBook UI was designed by Teknision; another Canadian company which also works with YOU i Labs (triple hmm). Could these be the pieces falling into place that will allow us to see QNX powering BlackBerry smartphones? Last year, RIM acquired TAT with hopes to strengthen the design of its UI. If RIM is looking to compete with other devices /tablets (and hopefully silence critics) with a truly unique interface and experience then this partnership may be a step in the right direction.