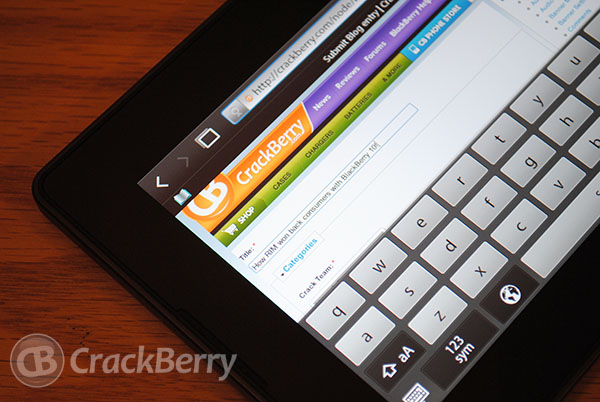 Have you ever blogged something on your BlackBerry smartphone? There are a few apps out there that allow you to do so, most notably WordPress. A new and rather interesting, albeit convoluted, patent has now been filed by RIM and from looking at the abstract description of it, it looks like RIM wants to patent blogging from your smartphone in one way or another:

Perhaps the most interesting thing about this patent, aside from it sounding really cool, is the fact it was filed in part on behalf of Gerhard Dietrich Klassen or, as you may know him, Gary Klassen, the inventor of BlackBerry Messenger.

I don't think RIM has any plans to launch their own blogging platform soon but with patents generally being broad, there is a lot of potential in owning this one as it covers a lot of what folks do on smartphones each and every single day.