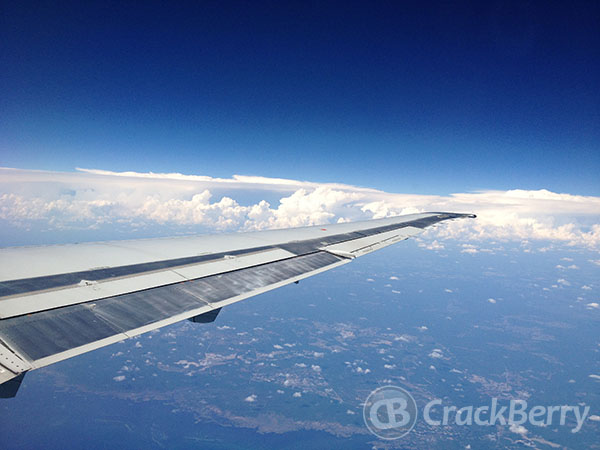 In what is probably the most uninteresting, yet still important RIM news of the day, Bloomberg has reported that RIM is looking to sell off one of its company jets to help cut costs even further within the organization. The nine-passenger Dassault Aviation SA F50EX is one of two Dassault Aviation aircraft's held by the company currently with the other being a Dassault F900EX that can fit up-to 14 passengers on a midrange flight.

Unnamed sources state RIM has a buyer for the jet with the suggested asking price between $6 million and $7 million, though the buyer has not been named as the sale is not yet complete. Inquiries from Bloomberg to RIM on the matter netted a response from RIM which also reference previous cost saving measures noted by RIM CEO Thorsten Heins:

“We’re looking at options with both our aircraft costs and finding ways to reduce our travel while still making sure we keep in close contact with our partners around the world,” “It’s all part of the effort to find ways to reduce costs and drive efficiencies that Thorsten Heins has talked about.”

With suggested yearly operating costs for the aircraft coming in at $2.2 Million, it makes sense that RIM would be looking to offload some of the assets they currently hold to help achieve their cost saving goal of $1 Billion. Realistically, RIM is also a large property holder as well so it wouldn't be all that surprising to see them looking into business real-estate brokers as well eventually as long as it helps save the company money in the longrun. As sad as it may sound, I'm kind of curious how much they'll actually be saving by selling the jet and then presumably using commercial airlines.