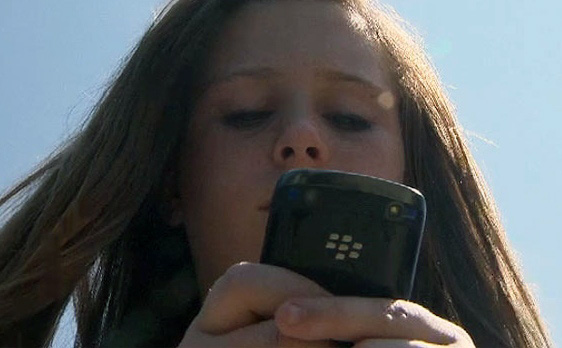 Earlier this month Bla1ze passed along a story about a mother looking for a used BlackBerry smartphone on Kijiji for her daughter Claire's 13th birthday. The mother works in marketing, and passed along some suggestions for RIM, poking a bit of fun at teenagers and apps in general while doing so. Shortly after posting the story, the woman's ad quickly received over 20,000 hits, drawing quite a bit of attention to the family and the girl's birthday wish.

Well, Claire has had her wish granted, but not in the way you might imagine. Research In Motion contacted Claire's mom and gave her a brand new BlackBerry to give her daughter for her birthday! "Her birthday gift would have been delayed. I wouldn't have been able to afford it for a little bit longer, so you know, RIM just made her 13th birthday for her," Cynthia told CTV News. I'm sure it's a birthday that Claire and her mom will never forget.

RIM has been very generous lately, handing out not only BlackBerry smartphones, but other random gifts as well. Last month, CrackBerry member david_nbyla responded to the question "What is your #boldmove?" on Twitter, sending the @BlackBerry team a picture of his proposal on the Great Wall of China. In return, RIM sent him and his fiance a huge box filled with two BlackBerry Bold 9900's, PlayBooks, gift cards, and a picture frame with the picture he'd sent in.

Gestures such as giving a young teenager her first BlackBerry and sharing in the excitement of a newly engaged couple are moves that most companies probably wouldn't take the time make, but are ones that will help to build up a loyal following. Kudos to RIM for these acts of kindness, as well as those we haven't heard about.