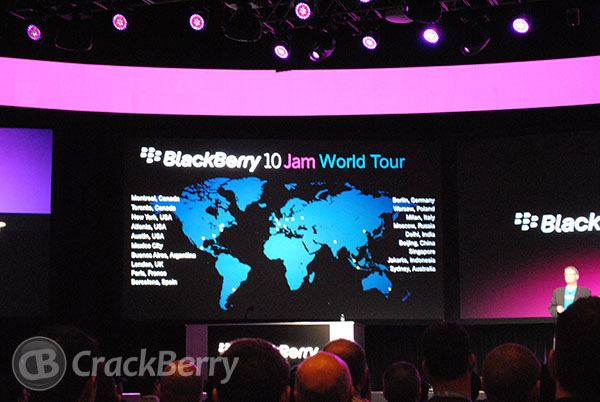 Although BlackBerry World 2012 and BlackBerry 10 Jam are currently playing host to hundreds of developers from across the globe, RIM feels it's not enough. As such, they'll be taking BlackBerry 10 Jam on the road to various locations over the next little while all in an effort to reach out to even more developers who, for whatever reason may not have been able to attend the events in Orlando, Florida. Have a look at the list above to see if you're area is covered -- keep in mind though, it is not a full list; more areas will be added soon so hopefully everyone can benefit from BlackBerry 10 Jam sessions.