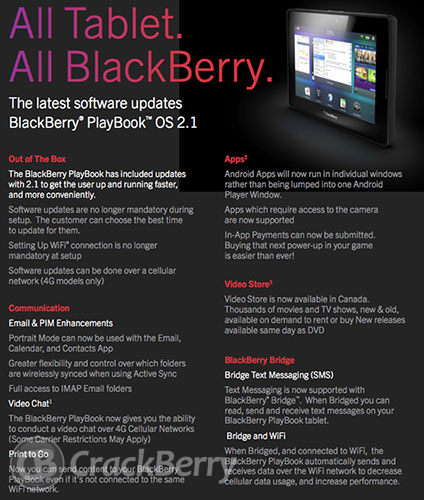 Looking over the information, while meant for the BlackBerry Playbook, it's pretty easy to see a few things that will make their way to BlackBerry 10 as well. Active Sync for email, Video Chat (BBM) working over LTE, possibly offering Video Store on smartphones and what of the Android App Player? Lots of things to look forward to.