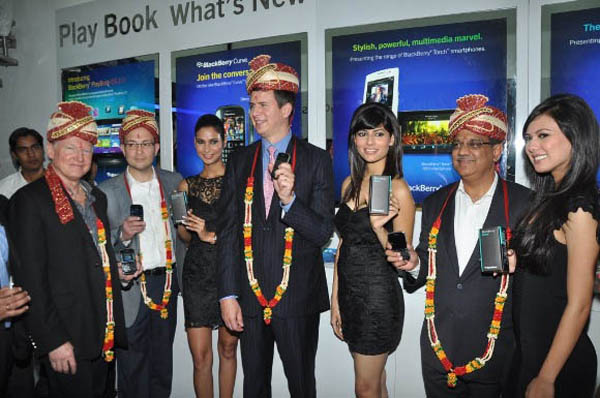 RIM has plans to open up to 15 premium stores in India by the end of the year. The first store open in Delhi last month, with a second store newly opened last Friday in Gurgaon. RIM plans to open these stores in major locations around India, including Mumbai, Chennai, Kolkata, Hyderabad, Ahmedabad and Bangalore.

Asia, where RIM has a high subscriber base has already seen stores open in Indonesia and Thailand, so it comes as now surprise to see them set up shop in India where it BlackBerry smartphone usage is also high and has seen a big increase in subscriber numbers in the past months, especially within the youth market.

It's nice to see RIM building these premium stores in places where there is high demand, even the Middle East saw a flagship store open in Dubai last month. I would like to see them bring these stores to the Europe in the near future, perhaps in the U.K. first? One can only hope.