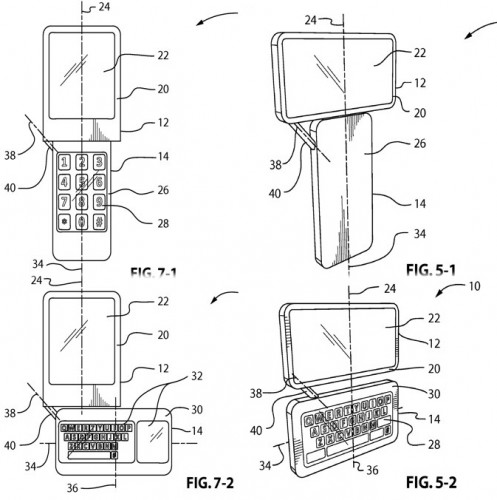 When it comes to patents, finding new ones is sometimes fun. Some turn out to be actual products down the road while others sit in the registry never used. The latest one, “Handheld Electronic Device with Rotatable Member” filed by Research In Motion looks rather odd but, the given description helps better understand it.

Research In Motion has always been known for their BlackBerry keyboard design. Some folks choose BlackBerry over other devices strictly based on the keyboard alone. With the exception of SurePress, Research In Motion has never strayed far from their original keyboard design and one has to wonder if this patent here will be the start of that. Of course, it could just be something thats been filed and will never see the light of day but at the same time, it could be something they are already currently working on for an upcoming device.