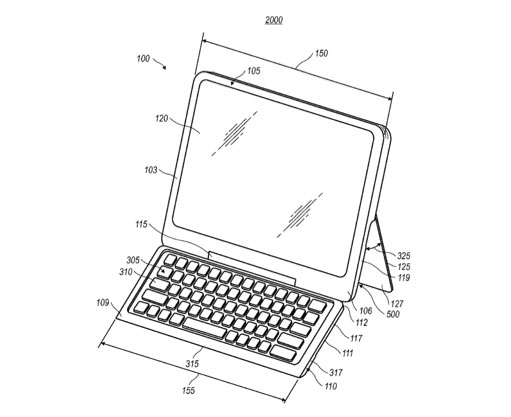 Another week and another round of patents has been fired off. Unlike the last one we saw from RIM, this one is a little bit less ambiguous though it's certainly not an entirely brand new idea either. Kevin wrote about his Compaq TC1000 in a previous From the Editor's desk and this newly revealed concealable keyboard patent looks pretty similar. As the patent describes:

Essentially, what it breaks down to is that RIM wants to offer a system like that of the BlackBerry Mini Keyboard accessory for the BlackBerry PlayBook but instead of it being an attachment, it will be built directly into the tablet and hidden away when not in use.

Remember those images of the purported 10-Inch BlackBerry PlayBook? Makes you wonder if RIM went back to the drawing board with it considering this was initially filed before the BlackBerry PlayBook was even released. Then again, it could just a random patent to add to the many other random patents RIM files each year. Feel free to speculate in the comments.