After many months of speculation, RIM today announced the BlackBerry 8800, the thinnest BlackBerry handset yet. The 8800 comes with a full QWERTY keyboard, built-in GPS, multimedia features and a microSD expandable memory slot.

From the Press Release:

The BlackBerry 8800 smartphone offers another winning combination of superior hardware, software and service embodied by an extremely elegant industrial design, said Mike Lazaridis, President and Co-CEO at Research In Motion. “We spent a tremendous amount of effort refining the BlackBerry 8800, inside and out, and that effort will be evident to customers. From the premium finish to the vivid screen to the exceptional sound quality and the unmatched usability, the BlackBerry 8800 is a standout choice for mobile professionals.

AT&T will be the first wireless carrier in North America to launch the BlackBerry 8800 when it begins offering it across its wireless retail and business channels on February 21. The BlackBerry 8800 from AT&T has an exclusive, premium, dark blue finish and AT&T uniquely supports Push To Talk (PTT) on the handset. This is the first AT&T handset that is GPS enabled. 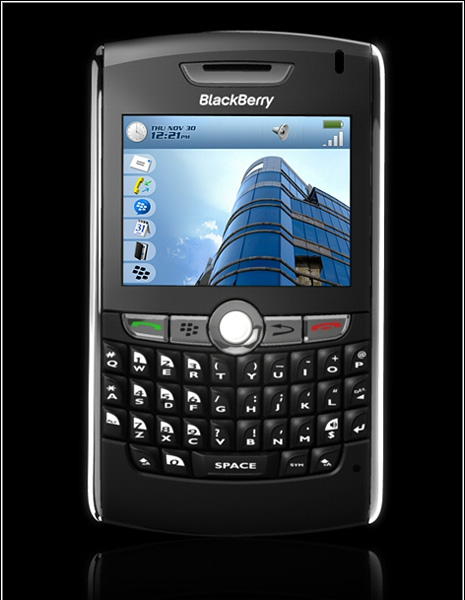 ## This Article Was Originally Published on AllBlackBerry.com on February 12, 2007