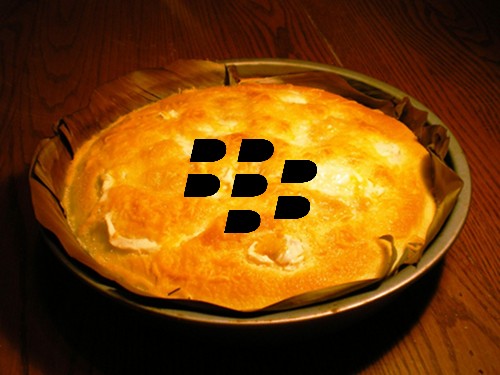 As exciting times in the BlackBerry world are about to unfold, Research In Motion looks to expand its operations across the globe, with the Philippines being next. With a total userbase of 100,000 based solely on the number of activations, the Philippines may prove to become the next BlackBerry country right after Indonesia and India. Talking about big numbers, the BlackBerry Curve 8520 was found to be the top selling smartphone in the Philippines according to a recent survey by GfK, just as in Saudi Arabia. And if that is not enough, RIM has over 800 retailers carrying BlackBerry smartphones in the country, ensuring that market penetration is well covered.

Statistics aside, RIM is also the first and only company to offer an extended warranty on any commercial smartphone in the country. In other words, BlackBerry users can get 24 months of peace of mind for a little extra, but should things really go wrong - and I hope that is not the case - then RIM has you covered with the nine BlackBerry Expert Centers located across the country, mostly in Metro Manila, Davao and Cebu. At a BlackBerry Expert Center you can have your handset serviced, updated or repaired, complete with a temporary replacement unit so you can still use BBM while waiting for your handset to be fixed!

Definitely a rising opportunity for RIM, the Philippines is an important market to cater to. For that, RIM has now partnered with Novare, a local software development house, to bring customized and localized applications to the Pinoy community. The fruits of this partnership may very soon find their way to BlackBerry App World, so keep your eyes open for exciting apps to show up. In addition to this, RIM has also revealed to be working with local carriers in the country to provide the connected Filipino population more affordable BlackBerry Internet Service, highlighting upcoming availability of subscription plans with unlimited offerings for only 999 Philippine pesos a month (approx. $24 USD). No further details on that, so keep your eyes peeled for any updates to follow.

In addition to the structural changes for better exposure in the Philippine market, RIM also has a few tricks up its sleeve to satisfy the physical aspect of its customers' needs. Indeed, the BlackBerry PlayBook is on its way to the land of bibingka, as previously reported. With the release date and pricing details covered, it is only a question of 'who' instead of 'when' - Globe Telecom will accommodate you on that matter. Head over to their website for further details.

With so much good news covered, I think we are in for a bright future with RIM. I have previously talked about emerging markets on the blogs and feel the need to emphasize the fact again that RIM's future lies in those markets. Any and all steps to expand the BlackBerry brand in emerging markets will later be a huge win for RIM. Global thinking, worldwide planning and international awareness are all key properties that RIM will need to get that head start and create innovative products like the upcoming BlackBerry Bold 9900 - which, as promised by RIM, is coming to the Philippines before December.