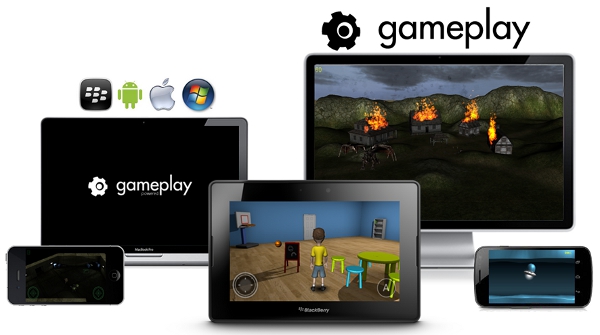 If you thought for just a second that RIM wasn't serious about having the best tools for developers to create games and applications on the BlackBerry platform, then lets hope this post instills some confidence regarding their stance on mobile gaming.

Today RIM has announced an update to their open-source game development platform designed for indie developers called gameplay. Version 1.2 is being made available for download and brings along a few really cool features and additions.

Gameplay allows developers to build with cross-platform in mind. No longer should a developer have to commit to one platform when there is money to be made across all, and why should they have to choose? The gameplay platform is fully open-source and is available via the GitHub online community, allowing developers to use open-source assets in their games to build realistic 3D environments and gameplay.  It's kind of interesting to see what direction RIM has planned with this development kit as they list gaming controllers from Wii, Xbox 360, and other Bluetooth controllers as being supported in future versions. To get the full details hit up the InsideBlackBerry blog or the BlackBerry GitHub development page.
An inevitable future