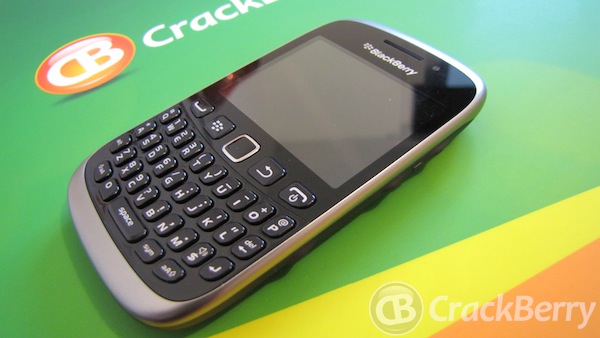 RIM's latest BlackBerry 7 devices are the Curve 9320 and 9220. These are being marketed and aimed at emerging BlackBerry markets due to their entry level status and low budget costs. The entry level devices are already gaining popularity in India and the Philippines.

Next in line to get the new Curve models is Kenya. Recently launched in Malaysia, the Curve 9320 and 9220 both come preinstalled with OS 7.1 and also have a built-in FM Radio so you can enjoy listening to the radio without having to worry about using up your data. There is also the BBM hot key, which has been a hit with its current users. The Curve 9320 and 9220 are now available to purchase from authorised BlackBerry retailers and distributors around Kenya. We'll also be getting in a BlackBerry Curve 9220 in for an unboxing video soon.

For more information on the BlackBerry Curve 9320 and 9220

July 11, 2012, Nairobi, Kenya, Research In Motion (RIM) (NASDAQ: RIMM; TSX: RIM) today introduced two sleek, stylish and affordable new smartphones, the BlackBerry Curve 9320 and BlackBerry Curve 9220, for socially-connected customers in Kenya. Designed to be easy to use and easy to own, the new Curve models offer customers an outstanding combination of features and apps to help them stay connected to the people and information that matter most to them. The new Curve smartphones offer the best keyboards in their class for quick and easy typing, and they even feature a new dedicated BBM key to bring the power of RIM's popular mobile social network up in an instant. They also offer the longest lasting battery life yet in a BlackBerry Curve smartphone, allowing users to make the most of their day.

Waldi Wepener, Regional Director for East, West and Central Africa at Research In Motion says: ?BlackBerry Curve smartphones have been extremely popular in Kenya, offering affordable access to BBM and other popular social networks. The new compact and stylish BlackBerry Curve models offer improved battery life and a truly unique messaging and social networking experience that will appeal especially to Kenyan customers who want to uwpgrade to a smartphone for the first time, or existing BlackBerry Curve customers looking for a step up in speed and functionality.