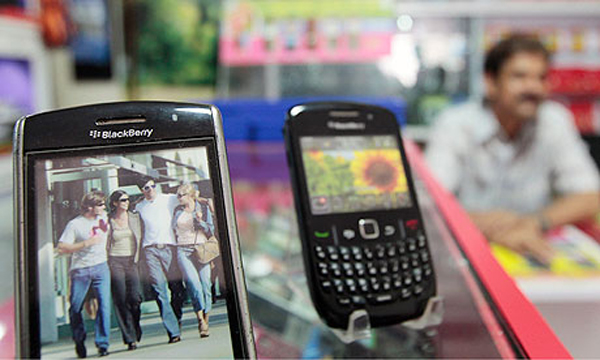 After months (maybe even a couple of years) of deliberation and pressure from the Indian government, RIM has decided to install a BlackBerry server in Mumbai. India have long wanted to be able to intercept and monitor corporate messages going through BES as well as BlackBerry Messenger and RIM had held off giving in to the idea, until now. By setting up these servers it allows Indian officials to 'lawfully intercept its messenger services'.

Security agencies have already tested the servers for effectiveness and would shortly release guidelines on the 'permission for direct linkage for lawful interception of BlackBerry Messenger (BBM) services'. There are currently 5000 Enterprise Servers for BES in India however Nehchal Sandhu Director of Intelligence Bureau stated that communication there would only be between companies and employees, therefore would not be of high concern for Intelligence agencies.

Licensing conditions state that local service providers must setup a mechanism that lets security agencies intercept any conversation or message sent by any BlackBerry subscriber anytime it is required. So, all carriers that offer the BlackBerry service in the country must make sure they can provide information to security and Intelligence agencies when they are asked for.

What are you thoughts on this? Do you think RIM was right to give in? Sound off in the comments or hit up the forums for more discussion.