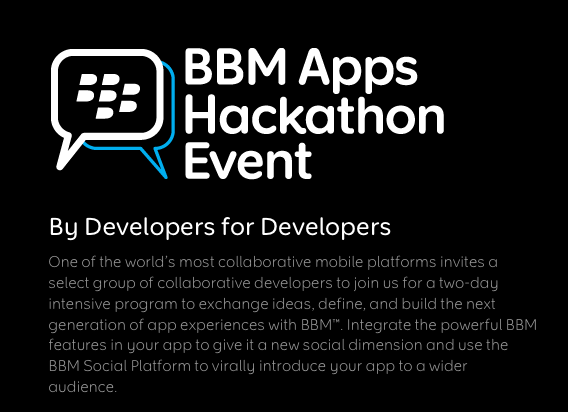 If you're going to be in the New York City area on August 11 & 12 and are a BlackBerry developer then you'll certainly want to check out the BBM Apps Hackathon that will be happening. It's going to be a two-day workshop concentrating on the new BBM Social Platform:

If you're interested in attending but can't fund the trip -- then you now have a chance to be chosen as one of ten winners to go. You can hit up the BBM Apps Hackathon website for the full details, plus -- you can also include your app into this years BlackBerry Developer Challenge.

*UPDATE* Sit tight folks... we have some more details coming in for this one. However, right now -- I can say we will be choosing one BlackBerry developer from within the CrackBerry community to represent CrackBerry in NYC at the BBM Apps Hackathon*