The current problem with no Microsoft Silverlight support on the BlackBerry PlayBook / QNX BB Platform... 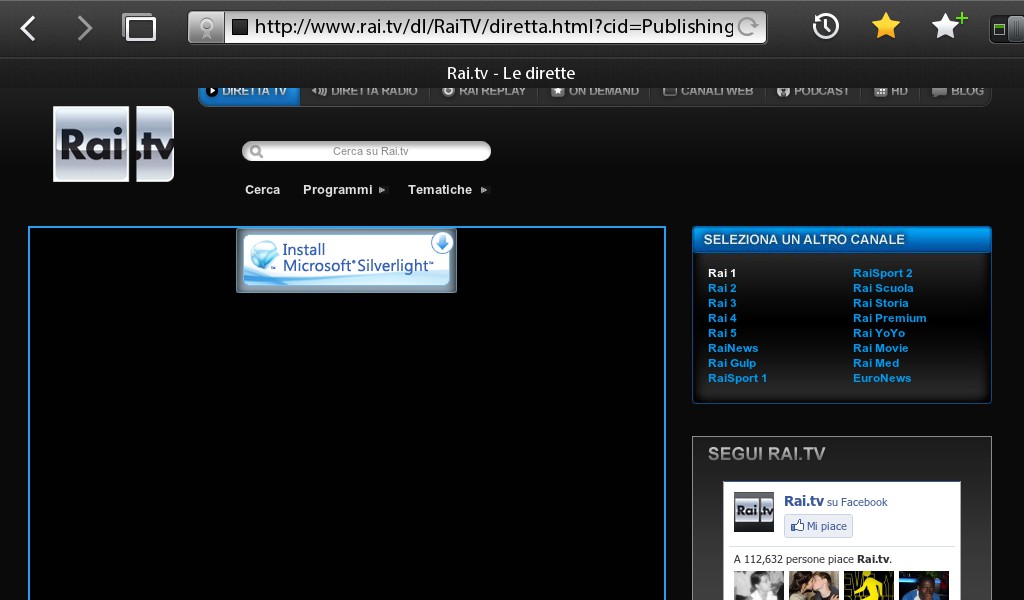 Some of you may be reading this post and scratching your head... What's Microsoft Silverlight? To use the official verbage from Microsoft, Microsoft Silverlight is a free web-browser plug-in that enables interactive media experiences, rich business applications and immersive mobile apps. While most computer web browsers/OS's support Silverlight, not a lot of mobile devices do (as you might guess, Windows Phone does).

This doesn't necessarily cause huge problems in the mobile world as companies that use Silverlight on the desktop find other ways to deliver their content be it through Flash or even HTML 5 but there are still some sites out there that are not targeting mobile devices. One in particular has become problematic for myself, Rai.TV - an Italian video site is one of my girlfriend's parents favorite sites and due to the lack of Silverlight on the BlackBerry PlayBook they're currently unable to view videos using it, rendering the device useless in their opinion (seriously, I even bought them a microHDMI cable so they could hook up the PlayBook to the tv to watch Rai big screen, only to experience the #silverlight #fail).

While this may be somewhat of a personal gripe for myself, I'm wondering how many other people have ran into this issue on their PlayBooks. As it stands right now, RIM advertises the PlayBook as supporting the FULL Internet, but as my real world story illustrates, without Silverlight support that's sort of not the case. With RIM openly shooting down the idea, but at the same time willing to accept feedback on the matter I'm lead to believe they could create a plugin if demand for it was high enough. So that said; have you run into any sites using Silverlight you wished worked on the PlayBook? Are there enough sites out there using it that it's a hindrance? Could RIM benefit from having it built into QNX, considering Windows Phone owns the market for it now and that QNX will be powering our future BlackBerry SuperPhones? Sound off in the comments!