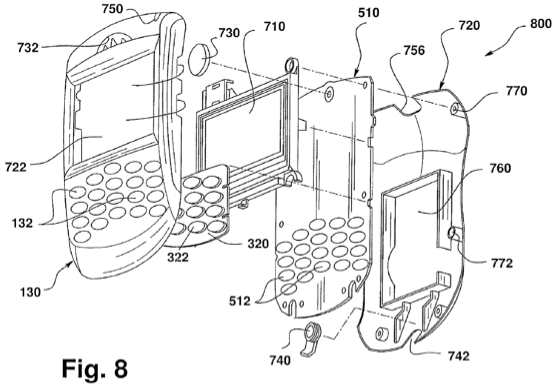 In addition to the recent pattern tap to unlock patent that RIM was just received, they have also been awarded a patent for having a fuel cell on a mobile device. While many companies have tried recently to add wireless charging options to devices, RIM has been seeking this patent since 2009 when it was initially filed. The idea behind this would be that devices with physical keyboards could lay a fuel cell behind the keyboard and in front of the circuit board and would have a membrane with one physical contact that would allow charging on the go.

In concept this is an amazing idea, and we can only hope to see this come to surface sooner than later. What do you think - are fuel cells the wave of the future? Sound off in the comments.